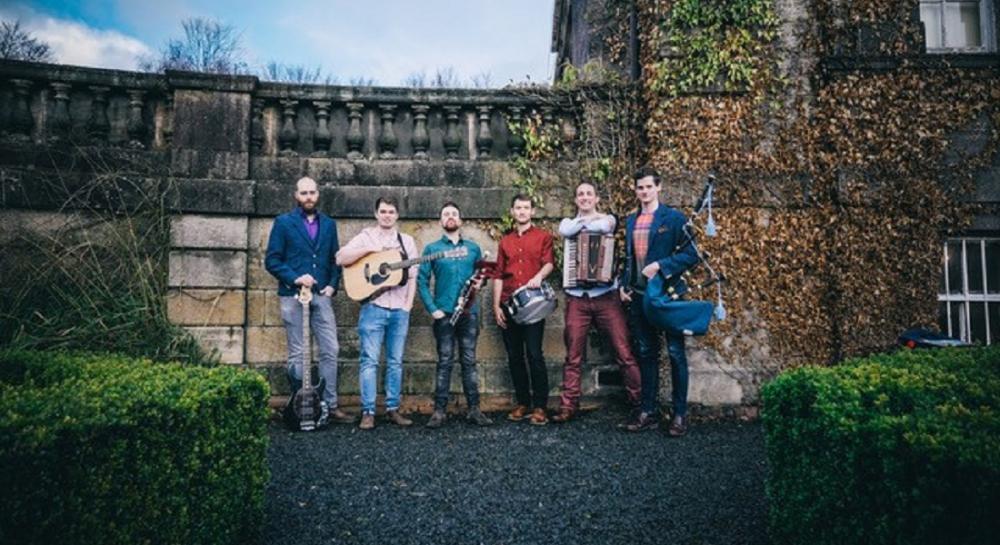 Mànran is coming to play at the Arc Sessions for the first time  at 7.30 tonight, Friday 6 September, at the Fochabers Institute.

Mànran are one of the best-known and best-loved Scottish bands on the scene today. The 2011 launch of their debut single, “Latha Math” heralded a meteoric rise to the top of the Scottish music world that quickly saw them playing many of the most prestigious festivals in Europe despite having only been in existence a few short months.

Now with three highly regarded studio albums under their belt and ten triumphant years of blowing audiences away with healthy amounts of passion, poise, virtuosity and vigour, Mànran are continuing to explore new musical and geographical territory.

Gifted musician Mhairi Marwick, of organisers Arc Sessions said: “Gary Innes (accordion) and Ewen Henderson (fiddle) of Manran appeared earlier this year at the Arc Sessions with the first act of the year being The Gary Innes Band. We’re excited to have them back with their incredible band, Manran!

“I am absolutely delighted to have the brilliant Manran play at the Arc Sessions – they’re all good friends of mine so I’m very excited to bring them up for the first time to an Arc Sessions gig for a great night of music!

“The support slot at the Arc Sessions is key to giving the younger generation a platform to perform and share their music with an audience and share the stage with incredible musicians. I am so delighted that Kilderkin will be supporting Manran. Kilderkin are a young, local band with fantastic musicians including Macaulay Ross (fiddle), Lewis Wiles (guitar/vocals) and Rowan Duncan (bass).”

Tickets can be bought online from www.arcsessions.com or Christie’s Chemist in Fochabers.