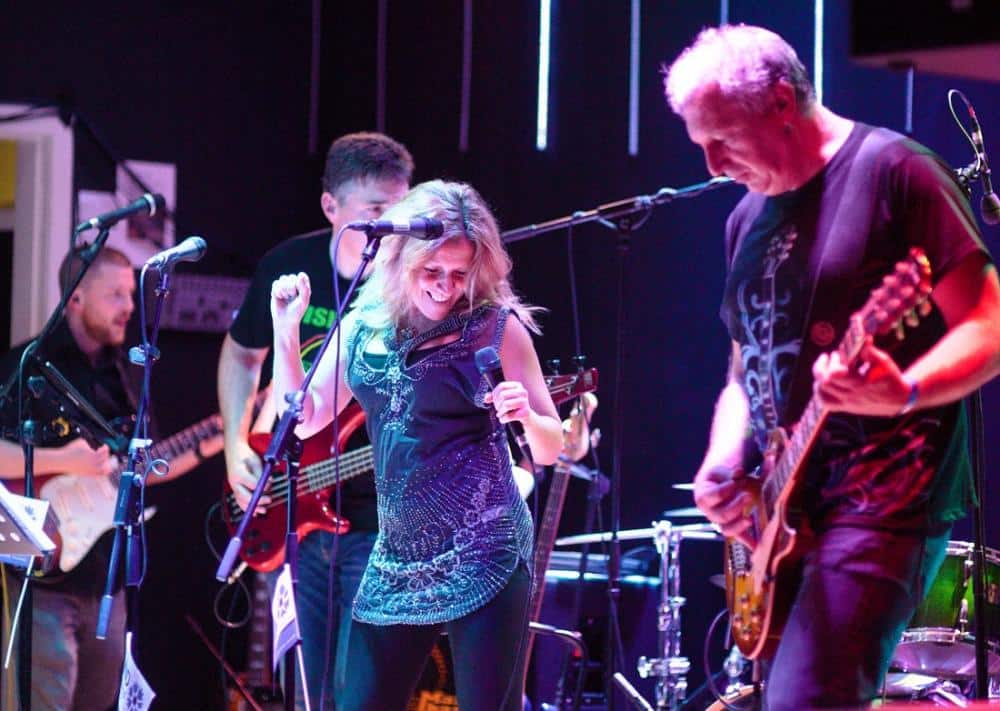 The Fireflies are ready to rock for MND

Rothes Grant Hall is to host a second ‘Rock For MND’ night on Saturday, 14 September.

Following on from last year’s event, which raised £1854.20 for MND Scotland, the organisers “are delighted to announce another night of fantastic music at The Grant Hall, Rothes to raise funds for, and awareness of MND Scotland”.

This year’s line-up of local talent is The Fireflies, MacTa and students from Moray Music Lessons. All profits are going to the charity with artists donating their time and talents for this worthy cause.

Iain McWhirter, Head of Fundraising at MND Scotland, said: “I’d like to thank all of the organisers and partners of the Rock for MND event for all they are doing to raise awareness of Motor Neurone Disease and funds for MND Scotland.

“Last year, their event raised an incredible £1,854 to help fund our vital services and to power cutting-edge MND research. We’re grateful for the ongoing support of the local community in Moray and we wish the organisers the very best in making this year’s event as successful as last.”

The Rock For MND Scotland gigs are in memory of Craigellachie man James Combe, music lover and school friend of members of The Fireflies, who bravely battled Motor Neurone Disease. The band came from a “one off” performance at Craigellachie Hall in 2016 at a special party for colleagues, friends and family of James after his diagnosis. They decided to use their talents to raise money for charities including the “Rock for ReMission” and “Songs For Amelia” fundraisers for Juvenile Dermatomyositis (JDM), Motor Functional Neurological Disorder (FND), and MND Scotland.

Support is provided by MacTa, a new five piece band based in Moray, who offer a wide and varied range of musical styles from classic and contemporary pop and rock through to rock & roll and country.

The idea of the gig is not only to raise funds for, and the profile of MND Scotland, but also provide a platform for young, up and coming musicians from the Moray area. So, talented youngsters from Moray Music Lessons will open the gig. This will help develop their talents by giving them the experience of playing in front of a live audience.

The event is badged as ‘bring your own bottle’, and under 18s must be accompanied by an adult.

Tickets are available from:

Donations can be made to JustGiving on https://www.justgiving.com/fundraising-edit/RockForMNDScotland2019

Motor Neurone Disease (MND) is a rapidly progressing terminal illness, which stops signals from the brain reaching the muscles. This may cause someone to lose the ability to walk, talk, eat, drink or breathe unaided. There is currently no cure or effective treatment for MND and the average life expectancy from diagnosis is just 18 months.

On average approximately 200 people are diagnosed each year in Scotland and there are over 400 people in Scotland currently living with MND.

MND Scotland is the leading Scottish charity providing care and support to people affected by Motor Neurone Disease (MND), as well as funding research into finding a cure. Their website is at https://www.mndscotland.org.uk