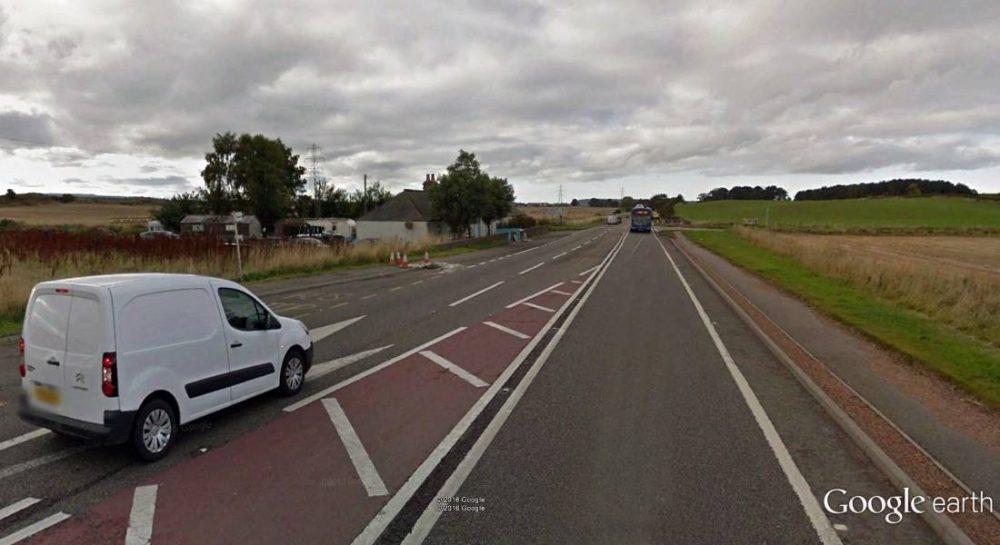 FEARS ARE BEING raised that works along the A96 between Elgin and Lhanbryde that has brought about a narrowing of lanes is causing a dangerous situation for unwary motorists.

The busy route has been coned off at the junction with the B9013 to Lossiemouth – and that, according to motorists, is causing a major danger point that has already been blamed for several accidents.

Now motorists are being warned to take particular care as another crash blocked the route on Wednesday morning.

insideMoray reader Jon Farley said: “The road between Lhanbryde and Elgin is being coned off at the junction to Lossiemouth and that seems to be for the protection of the workforce who are doing some ground works on the side of the road at the field opposite the junction.

“However, traffic is being funnelled into the centre of the road – right into the lane for traffic turning right for Lossiemouth. I have seen three accidents in three days – and was nearly hit in the back myself.

“I’m pretty sure there will have been more accidents or near misses that I’ve not seen – and it happened again on Wednesday as traffic was having to be diverted following yet another accident.”

A second reader got in touch but did not wish to be named, saying: “Motorists not using the route on a regular basis and so perhaps not aware of the danger at the junction should be warned to take particular care.

“With the cones pushing traffic into the feeder lane it is not taking much for the unwary driver to crash into vehicles stopping to turn right.”

Police report that the route was blocked after two vehicles crashed at 8.40am on Wednesday.  Both lanes were blocked and diversions put in place when a Vauxhall Jetta and Volkswagen Polo were involved in the accident.

Fire and ambulance crews rushed to the scene but confirming no injuries were sustained a Fire and Rescue Service spokesman said: “Nobody was trapped or needed to be cut out. We just made the scene and the vehicle safe.”