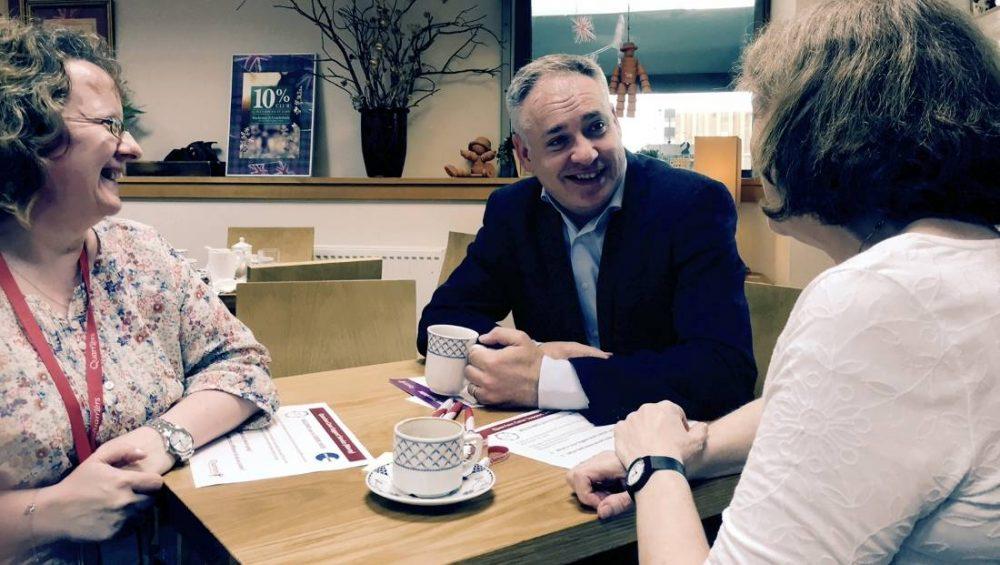 The Café was organised by Quarriers as an opportunity for carers to “take a break” and relax with others over tea and cake.

Mr Lochhead joined Sandi Downing, the Quarriers project manager in Moray, taking the opportunity to hear first-hand from carers themselves over the role they play and the support they receive from Quarriers.

The Scottish Government used carers week – June 6 to 12 – to confirm that they will be considering introduction of a Young Carers Allowance.

Mr Lochhead said: “Carers make a huge contribution to their families, friends, communities and the wider economy and I know there are many people in Moray who give up so much, and do an incredible job, caring for a loved one.

“I was really pleased to have the opportunity as part of Carers Week to catch up with Quarriers to hear about the invaluable support they offer carers, and also to meet with carers at the Café event to learn about their experiences first hand.

“It is vital that carers receive the support they need and I certainly welcome the Scottish Government’s announcement this week that they are to consider introducing a Young Carers Allowance.

“Scottish Ministers have already committed to increasing the Carers Allowance to the same level as Job Seekers Allowance which is good news, but we need to make sure that young carers do not miss out.”