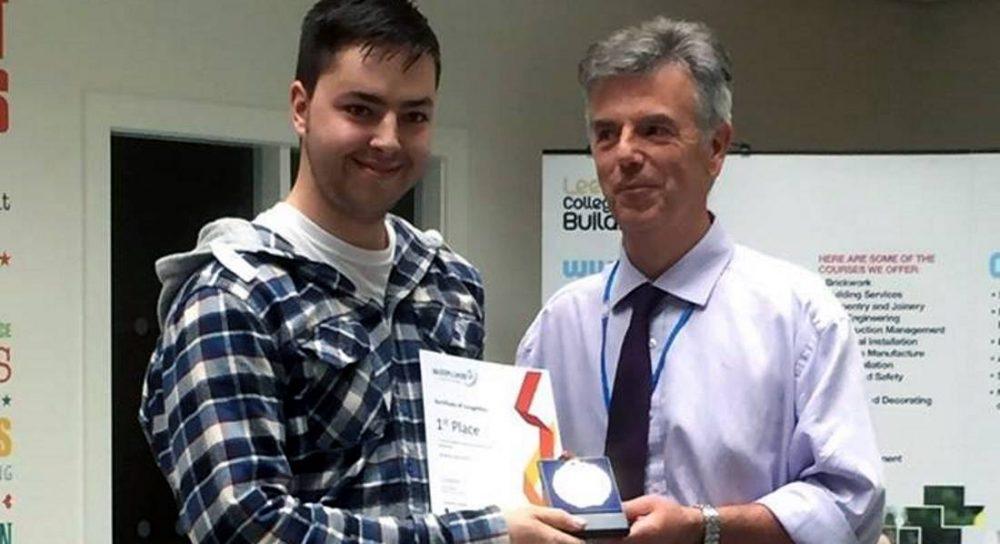 GOLD MEDALS HAVE been won by two Moray College UHI apprentice plumbers in the regional heats of a search to find the best young apprentice in the UK.

In a competition open to apprentices under the age of 23 David Blewett took gold in a heat at Leeds College – doing particularly well with his work in the copper pipework exercise. David is employed by Shetland Gas Supplies and is currently in the second year of his apprenticeship.

Alasdair was awarded first place in the Sheet Leadwork section and placed first overall at the competition after two days of practical work and a theory test paper. Alasdair is in the third year of his apprenticeship which he started in Shetland with T. Rowley Plumbing and Heating Services before transferring to work for Dunster Biomass Heating, Forres.

Jim Mackinnon, Curriculum Leader for the SVQ in Plumbing, Moray College UHI, was at both competitions and delighted with the standard of work produced by the pair. He said: “These competitions have challenging practical and theory work and I think this is a fantastic achievement from two very motivated young men.”

Plumbing apprenticeships in Shetland are organised and co-ordinated through Train Shetland with block release attendance at Moray College UHI Linkwood Campus in Elgin.

Alasdair and David are now waiting to see who will be selected for the UK SkillPlumb finals in Birmingham in November. The selection has only eight going through to the Final and is based on points scored in Heats.

Should they be successful in reaching the final Alasdair and David will go into tests on applied skills that demonstrate excellence in their chosen trade.

The SkillsShow is held over the course of four days where there are 70 different competitions amongst all the trades to find out who is the best. It is the largest skills and careers event in the country where hundreds of different industries are represented.