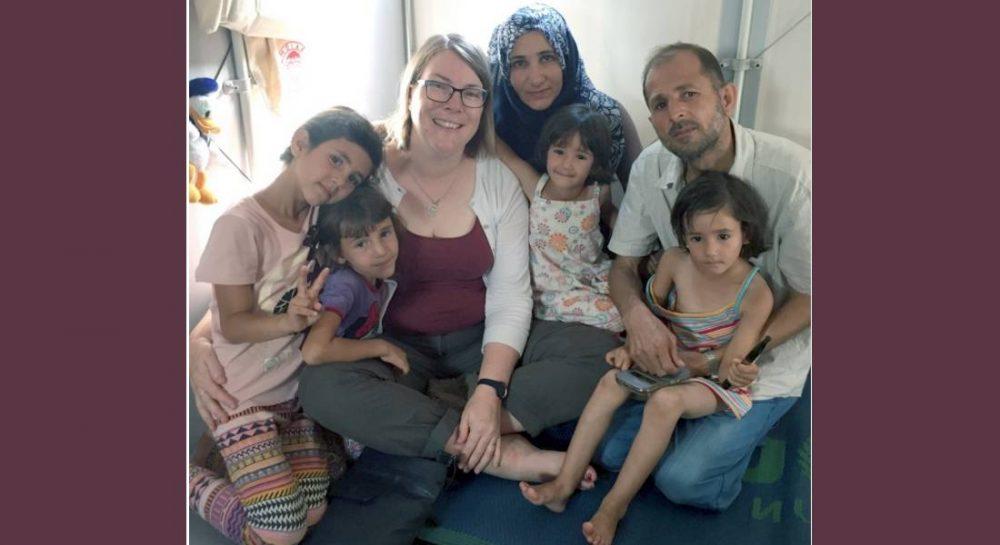 THE LEADER OF Moray’s effort to raise awareness and support for refugees has been speaking of how she has been inspired to even greater efforts after spending a week in Greece.

Rev Shuna Dicks left her parishioners in Aberlour for a week-long say at Chios where she helped in the voluntary effort to support families fleeing for their lives from Syria.

During her stay Shuna helped by cooking hot food for some of the 1500 residents of the refugee camps – finding herself having to make the dreadful announcement that there was no food left to those still waiting in line.

Shuna kept a blog running of her experiences – and on returning penned the last of these, Home and Hope, in which she spoke of the moment she had to leave for her return home to Moray.

“Walking away was hard – and as I write this from the freedom of my lovely Speyside home I know I left a bit of my heart in Chios with Mahmood and Duha, with the volunteers of the People’s Street Kitchen and with all the people in the camps.

“I would like to go back but I would also like to see the need for those hellish camps to be gone. If you are of the praying persuasion, please pray for an end to this catastrophe.”

Shuna saw boats regularly arrive at Chios during her stay, bring more refugees to an already crowded camp: “When they arrive they register and then stay until it is decided whether they can move on or have to be returned to Turkey.

“I don’t know what is going to happen to them – nobody wants to be there, they want to be at home in Syria, but they can’t go back because it is too dangerous. They are just living day to day.”

Shuna has pledged to continue to campaign and make people aware of the situation being faced by the Syrian refugees.