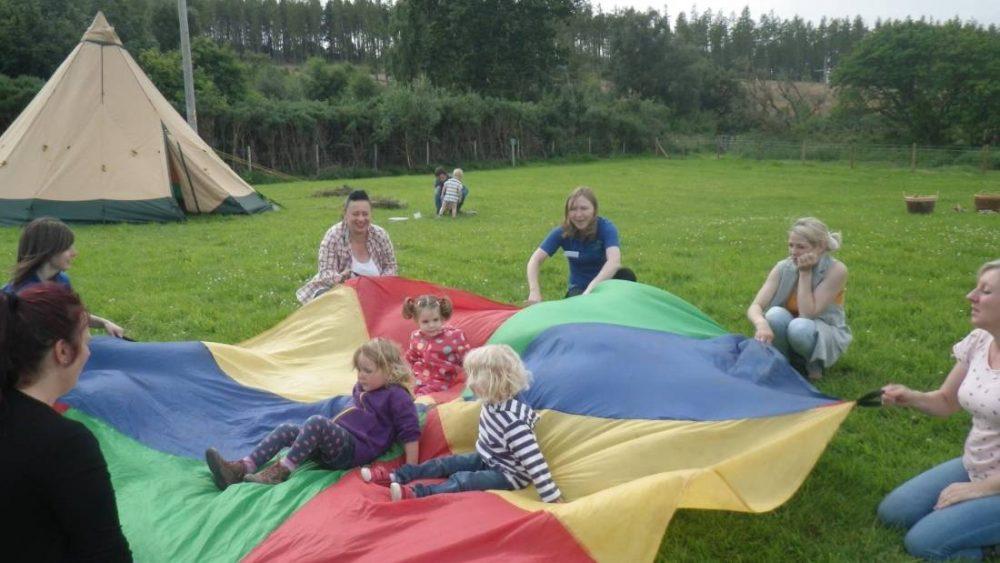 HEARTLESS THIEVES HAVE struck again in Moray – this time removing at 10-foot Kids tepee from the open air site used by a children’s charity near Elgin.

The ‘Stramash’ social enterprise runs a nursery specialising in outdoor learning for pre-school children and are based at Spynie Hall.

A vital part of their kit is the tepee that is valued at over £1000. The tent was firmly bedded down in a field at the rear of the hall and was in used on a daily basis for much of the nursery’s activities.

However, despondent Stramash group leaders discovered the tepee, made of canvas, had been removed from the site when they returned on Friday morning. It is believed the theft happened between 10pm on Thursday – when it was seen in place by a dog walker – and 7.45am the following morning, when staff arrived at the site.

Stramash team leader Amy Stuart issued an appeal for information on social media over the weekend, posting the question being asked by many – why would someone do such a thing?

She said: “Thieves stole our children’s tepee – children, parents and staff at the outdoor nursery are all really upset. Why would someone steal from a children’s charity?”

The thieves have been warned that the tent would be difficult to sell on with its distinctive shape and markings making it easy to identify as belonging to the nursery – however, Amy feared they may not get it back, appealing to the public for assistance.

She said: “It would be a difficult thing to sell without attracting attention – but the police have advised us that we are not likely to get it back, so we are not particularly hopeful that we will see it again.”

Anyone with information on the missing tepee is asked to contact police on 101. Meanwhile, Stramash has issued an online appeal for donations that would allow the group to purchase a replacement – details are online at https://mydonate.bt.com/donation/donate.html?charity=stramashsocialenterprise.