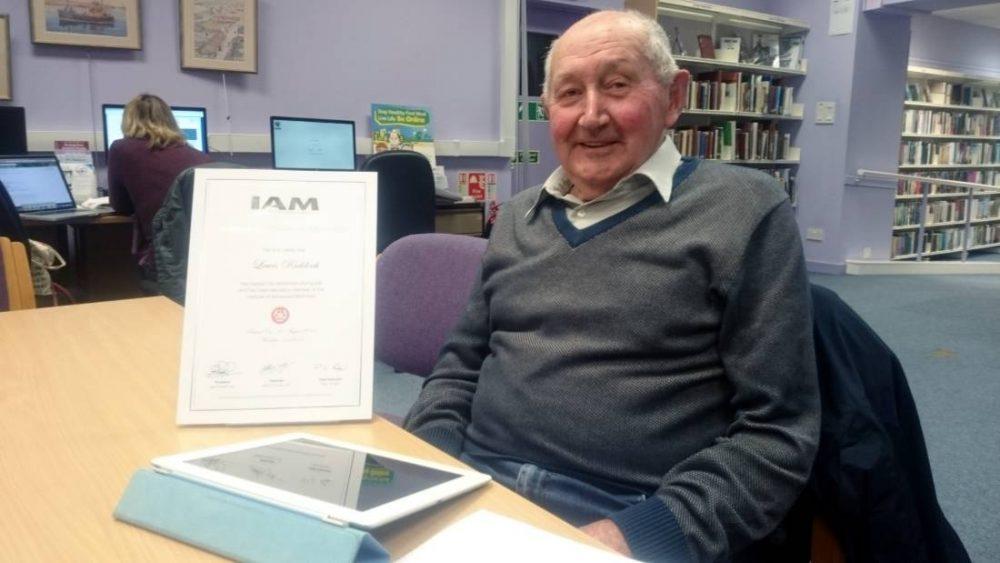 RETIRED FARMERS ARE not known to settled into elderly oblivion – the life they led is far too active and hard working to allow that to happen.

That was certainly the case for Buckie’s Lewis Riddoch, who even at 80 knew the value of keeping his brain working – so off he went looking for new challenges – and found one in the form of a tablet computer.

While such tools are second nature to the technology generation, they are not so straightforward for a man brought up in an era where electronics were more Dan Dare than Bill Gates.

But Lewis heard about the Buckie Library and their courses for people just like him, more mature residents who wanted to know more about computing but just had no idea where to start.

“Being a farmer my whole life that was all I knew,” Lewis said, adding: “But I wanted a new interest to keep my mind active and to pass the time. Everything is going online now, if you want to pay your bills you need to go on the internet.”

Lewis went along to the Library’s ‘GetDigital’ four-week course thinking perhaps he would never be able to learn, but it was worth a try. He arrived to find a group of people who were equally nervous – so he clearly was not alone.

Lewis said: “I was a complete beginner and a bit nervous but went along to the library to learn about the internet at the classes there – but now it’s part of my routine.

“I go the library through the week and meet up with the friends I have made and search the internet. There’s nothing to be scared of, it’s fun and was easier than I thought it would be.

“As well as learning it’s a social thing, I enjoy the company too. I would definitely recommend getting online to anyone.”

GetDigital clubs are available at several Moray libraries – to find out more call 01343 562603.