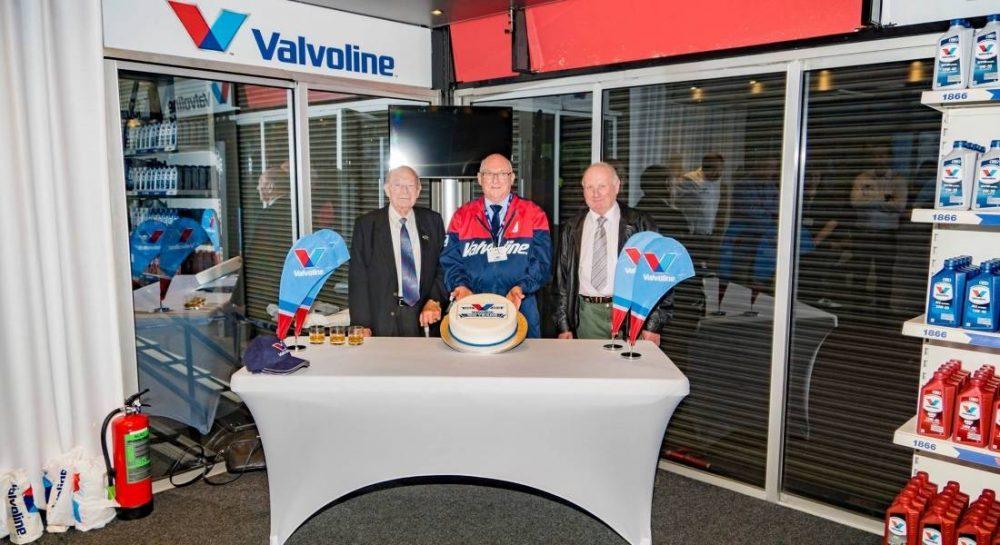 BUCKIE WAS THE only UK destination on a European tour when Commercial Oils in the town was one of the stops as part of Valvoline’s 150th anniversary celebrations.

Red, white and blue balloons appeared over the town and were picked up far and wide after they were released from the Commercial Oils depot from a ‘Big Rig’ truck that was serving as a multi-function display facility.

Around 100 customers attended the event and were suitably impressed by the visitors, who were given a tour of memorabilia from Valvoline’s 150 years of trading – while a pair of racing car simulators offered a competitive attraction for guests.

Depot manager Diane Campbell said that she was delighted that Buckie had been selected as the anniversary tour’s UK destination last weekend: “We couldn’t have asked for a better day – and I’ve received incredible feedback from those who attended.”

Buckie was selected for the tour in honour of Diane’s father, Martin Reid, who has been selling Valvoline products in the town for an amazing 50 years – and he was joined for the visit by two of his customers who have been loyal to the firm for the same length of time.

Valvoline representatives Tony da Forno, Esther Hopster and Thomas Tapp were joined for the occasion by Certas Energy General Manager Andrew Salton, all of whom were delighted with the success of the event.

So too were a couple of local charities, as the sponsored release of 1500 helium balloons raised £497 – and that will be split between Buckie Boys’ Brigade and Buckie’s lifeboat service.

More information on Commercial Oils in Buckie can be found by contacting them on sales@commercial-oils.co.uk or telephone to 01542 835012.