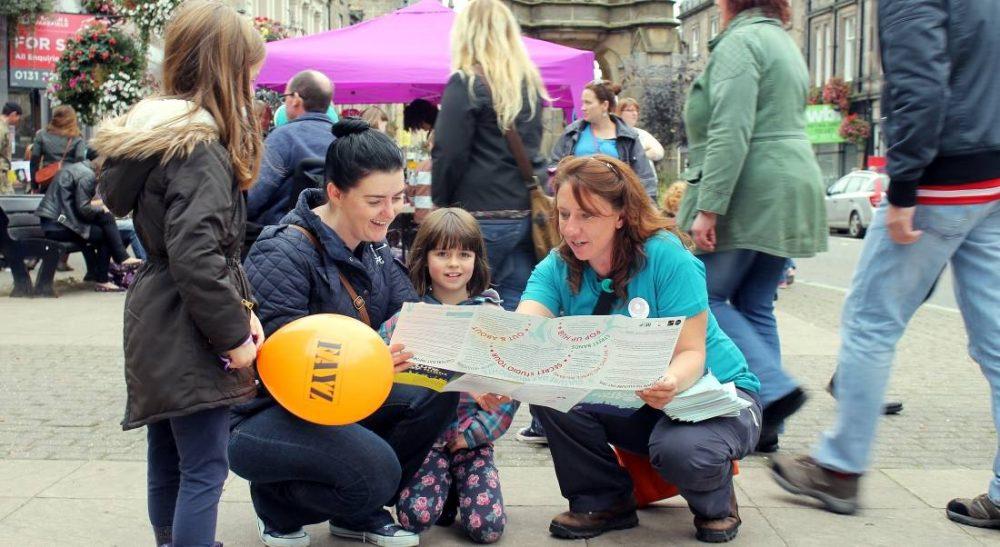 ONE OF MORAY’S fastest growing and most successful Festivals is banking on continued success through the efforts of local people who choose to take part.

The Findhorn Bay Festival in September will rely almost entirely on volunteers helping out at events with everything from front-of-house and stewarding to audience and visitor assistance roles.

Over five days from September 21 to 26, the Festival will bring the streets of Forres and surrounding communities alive – and to keep the atmosphere upbeat for locals and visitors alike a team of volunteers will be needed at various times and locations.

Vicky Flood, Volunteer Co-ordinator for Findhorn Bay Arts, said: “Our events and projects are not able to happen without volunteers. In previous events what has been fantastic is that we have had people of all ages and all abilities coming on board to support and we would love to see that again for the Festival.

“Volunteering can be a great way of meeting new people, it’s great for work experience, skill development and a great way of just giving back.” Following evaluation from our 2014 Festival, a whopping 95% of our volunteers said they would come back or recommend us to others as a volunteering opportunity.”

The Festival is produced by Findhorn Bay Arts, who in 2015 received the Volunteer Friendly Award from tsiMORAY in recognition of their inclusive volunteering approach within the community.

Findhorn Bay Arts portfolio of volunteering opportunities has included roles in our events Culture Day and the 1st Findhorn Bay Arts Festival, Moray Youth Arts Hub and as a participant in productions such as Macbeth The Remix and To Begin… with the National Theatre of Scotland.

The Festival received a further boost this week with recognition in the Scottish Parliament, where local MSP Richard Lochhead tabled a motion praising the work of the Festival in “raising the profile of arts and culture in the area and providing creative people from across Moray with an opportunity to thrive and develop”.

To join the team of Festival 2016 volunteers, email Vicky Flood at volunteers@findhornbayarts.com or call them on 01309 673 137

For information about the 2016 Findhorn Bay Festival programme and to book tickets visit www.findhornbayfestival.com.