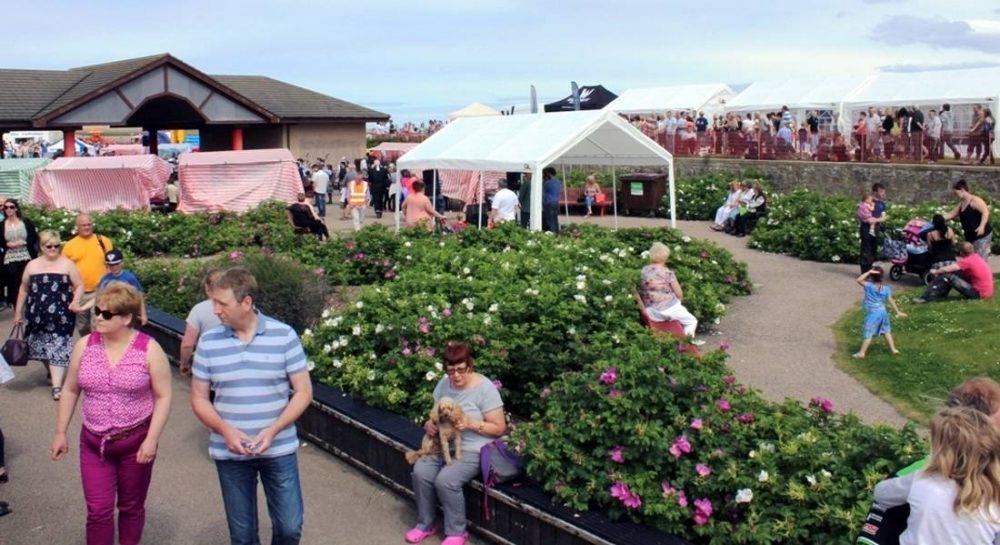 THE PROGRAMME FOR Lossiemouth’s Seafest week has been finalised with an Orienteering event kicking things off on Saturday morning.

Junior orienteers are being invited to gather from 10.15am at Lossiemouth Bay Caravan Park – with primary and secondary school participants able to score points towards their school team in the Moray & Nairn Orienteering League.

Later on the same day there are Tennis taster sessions at Marine Park for all ages and abilities from 1.30pm until 3.30pm – all equipment will be provided by the Lossiemouth Tennis Club. On Saturday evening the opening Seafest Supper will be held in the Stotfield Hotel – tickets are still available from donnamilne35@btinternet.com or mamclennan@moraychamber.co.uk.

From Monday to Friday a ‘Summer Surf Camp’ is being held on the East Beach from 9.30am – this is for anyone aged eight and over, but booking is essential by calling 07818 238781. On Tuesday there is the ‘Gravy Bone-anza Pet Show’ where your dog, cat, snake, hamster – whatever pet you have can be entered with a top prize of £50 on offer in the form of a voucher for Moray Coast Vets.

The Sandcastle Competition is being held on Thursday at 10.30am on the West Beach with entry free and hot dogs and juice on offer for the busy castle builders. At 6pm on the same day the Children’s Summer Party will be held at the Sports and Social Club.

The week then ends with the Seafest highlight, the Food Fayre and Fun Day, with thousands once again expected to be attracted to Station Park. Alongside an even larger number of stalls this year there will again be a refreshment area with tasters of local produce from such as Windswept Craft Brewery, Gordon Castle gin and Berry Good Fruit-infused spirits.

Entertainment will be provided by Lantern of the North – with a grand finale performance from recent European Pipe Band Champions, the Pipes and Drums of RAF Lossiemouth’s 2622 Squadron.

For up to date information on Seafest visit them on Facebook.