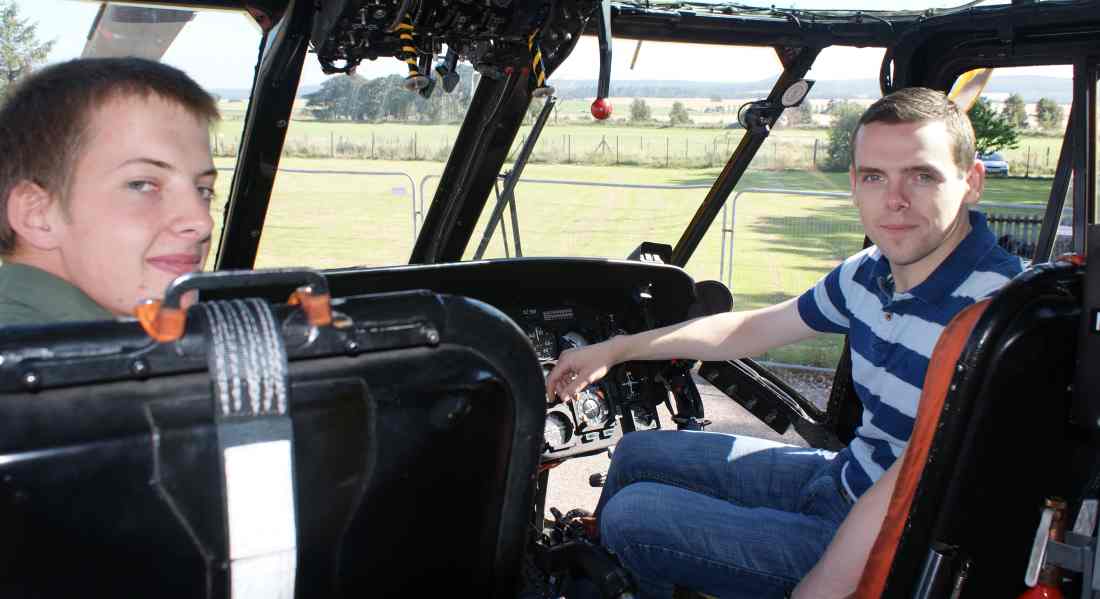 MORAY SHOULD BE proud of the passion, dedication and commitment being put into the creation and now successful operation of the Morayvia Science and Technology project at Kinloss.

That was the view of Douglas Ross MSP who took time out from his busy schedule to take a close look at what is growing into one of the region’s most-visited attractions.

Since the project opened for business at the former Abbeylands School site in Kinloss thousands have visited to see for themselves the rich flying and technology history of the area.

“I was delighted to have the opportunity to visit Morayvia and to meet some of the directors and volunteers to see how the project has been developing over the last few years,” Mr Ross said after his personal tour of the site on Thursday.

He added: “There has been amazing work done on site by the volunteers to turn the former school building into a first-class visitor attraction, in fact one of the first people I met upon arrival was volunteer Chris Leaney who takes great pride in his work looking after the grounds and the entranceway to the building.

“It was hard to believe the changes inside compared to my previous visit when the school was unoccupied and the current exhibition was simply an aspiration.

“I’m grateful to Stan Barber for taking time out to give me a tour of the site and the opportunity to see some of the ongoing works being done to increase the number of exhibits on display as well as the construction of a cinema area which is well underway.

“Stan also introduced me to a different type of volunteer in the shape of Morayvia’s very own robot called Murray. Murray the robot was built from a kit by one of the volunteers and is proving to be a real hit with visitors as it interacts during their visit.”

The MSP and local Councillor added that people in Moray had perhaps taken for granted the variety of aircraft over their heads based at Kinloss and Lossiemouth. He said: “It was fascinating to see up close the different aircraft cockpits on display along with many other items of equipment and training aids which were used.

“To get up close and hands on with things such as an ejector seat, a life raft and indeed a torpedo which was carried by Nimrod aircraft is not something that can be so easily done elsewhere in Scotland and with the collection growing all the time, there are items of interest for all ages.

“Perhaps the best assets of Morayvia are the volunteers themselves. Their passion, dedication and commitment to the project is clear for all to see and it makes such a difference when being shown around by people who have so much knowledge of the exhibits they’re describing.

“I was given a tour of the Sea King by volunteer Ciaran Longmuir who just finished his studies at Elgin Academy before the summer and has been helping out at Morayvia before he heads south to study aeronautical engineering.

“His passion and knowledge of the aircraft which he has picked up from helping former RAF engineers to look after the helicopter was impressive and demonstrated clearly that heritage is not just something for the older members of society, with youngsters benefitting just as much from the opportunities volunteering at Morayvia can bring.

“The visit was a real eye opener for me. I have followed what Morayvia have been doing for some time but I wasn’t aware of everything that was on offer at the site. The transformation from an unused school building to a top quality visitor attraction has been exceptional.

“I would encourage anyone who hasn’t yet had the chance to visit the centre to do so, it is certainly a first-class visitor attraction and adds another, very unique dimension, to the tourist trail here in Moray.”