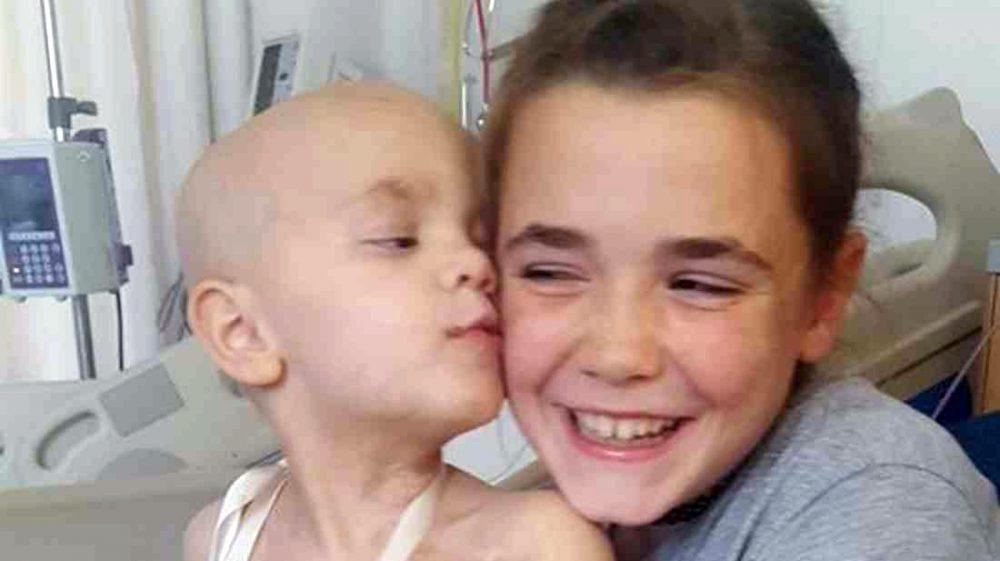 THE INCREDIBLE SUPPORT offered to her little sister and entire family has prompted a call for 12-year-old Cerys Whitehouse to become a BBC Radio 1 ‘Teens Hero’ award recipient.

Cerys has been a constant companion for toddler sister Eileidh Paterson, who has been fighting against childhood cancer over the past two years.

The battle facing the Paterson family has become famed throughout the nation with ‘Eileidh’s Journey’ attracting thousands of supporters – many of whom contributed to a £100,000 fund to send the little girl for specialist treatment in the United States.

Eileidh is currently battling against a relapse of her cancer – and there every step of the way once again is Cerys, prompting Mum Gail to appeal for support on Sunday afternoon saying: “When I heard it on the radio, I instantly thought that it described Cerys perfectly – and if anyone deserves it, then it’s definitely Cerys.

“[That is] especially after what our family had dealt with over the past two years and how well she has coped with it, as well as being the most amazing sister and daughter you could wish for.

“She does everything she can for Eileidh, including learning how to do her meds and feed. She does her best to make Eileidh smile – no matter how heartbreakingly bad things get with side effects.

“She doesn’t do any of it expecting any gratitude so to be recognised for being so special would mean the world to her.”

The awards aim to honour three young people whose stories deserve recognition – with the ‘Teen Hero’ award going to someone who has given their time and services to a cause or charity for free, and primarily:

Nominations close on August 14 and can be made at on the BBC Radio 1 site online.

Gail asked anyone nominating Cerys to use the following contact information to verify Cerys’ story: