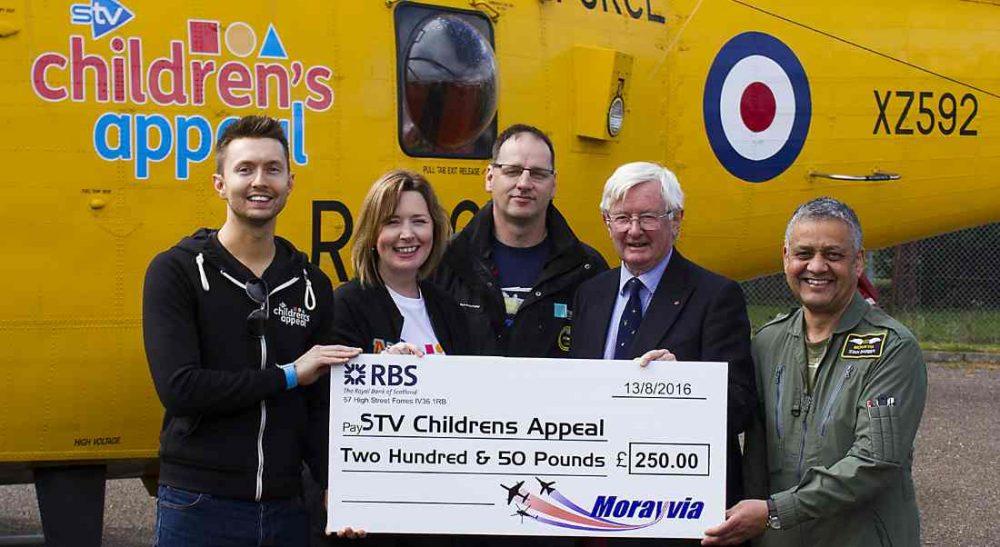 THE GROWING POPULARITY of Moray’s Science, Technology and Aviation centre was further underlined by a bumper attendance on Saturday.

Morayvia is celebrating its first full summer as one of the ‘go-to’ places in the region for families – be they visiting the region or resident.

Scottish Television presenters Sean Batty and Nicola McAlly were the latest to give their seal of approval to the stunning collection at Morayvia’s Kinloss base – and while they were there they picked up a cheque from Lt Col Grenville Johnston for funds raised on behalf of the STV Children’s Appeal.

Morayvia Chairman Mark Mair said: “The Lord Lieutenant welcomed and thanked Sean and Nicola for taking time out from busy schedules to visit the centre – and we were happy to see many more new faces at Morayvia.

“The centre is growing by the day with fantastic feedback – we were delighted to have raised £250 for the STV Appeal.

“It is part of our constitution that even as a charity ourselves we do all possible to support others and that is something we will always strive to do.

“Our thanks go out to Sean and Nicola who remained at Morayvia longer than they had planned and taking so much time to pose for pictures and chat with our visitors.”

On September 17 a joint fundraiser is being hosted at Innes House which will be filmed by STV and feature on the STV’s ‘Big Live’ appeal show on September 23.