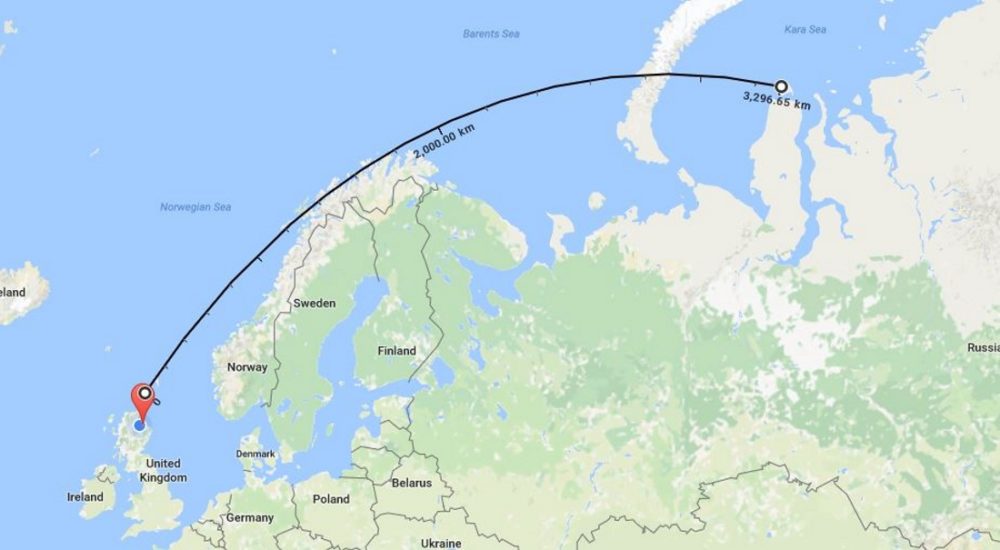 TWO FINDOCHTY RESIDENTS look set to be the unlikely guests at a major assembly in Iceland next month that will focus on the future of the Arctic.

Over 400 speakers will attend the 2016 Arctic Circle Assembly in Reykjavik from October 7 to 9 where the keynote speakers will be Ban Ki-Moon, the Secretary General of the United Nations, and Scotland’s First Minister, Nicola Sturgeon.

One of the presentations being made is from Russia and will feature tides and currents around the oceans – and included in that will be the fascinating story of how a message in a bottle launched from Findochty in 2001 turned up recently in the Russian northern islands!

Shona Conlin was the contact name for anyone finding the bottle, which was released by then schoolgirl Emily Plant during the Findochty Amenities Gala in 2001. Posting the fascinating news on Facebook this week, Shona explained: “Our bottle was found after 15 years with both the sender and details of the contact to get in touch.

“Would you believe it – this has happened and we were contacted when the bottle was located in the Arctic. The Governor of the area in Russia where the message was found has been in touch.

“Emily’s name was recorded on the message as the sender and myself as the link person – I cannot believe that a message in a bottle can travel so far.

“Findochty is celebrating being 300 this year – now an invitation has been extended to us to attend the international event to collect our original message.”

Emily – who still lives in the coastal village – is hoping the visit can go ahead despite the difficulties that stand in the way of arranging things at short notice.

She said: “We are hoping this is possible – due to short notice and lots of planning this has been difficult, but if everything works out the way it should we are going to Iceland!”

The bottle was found last month on the northern tip of the Yamal peninsula on Beliy Island, which is in northwest Siberia – and some 2000miles from Findochty!

Last night local councillor Sonya Warren said it was “amazing” just how far the bottle had travelled over so many years: “This is a fantastic story and amazing to see where the bottle actually ended up – and still intact after all this time.

“Hopefully everything will fall into place to enable Shona and Emily to travel to Iceland – it will be a fitting completion of the story and an opportunity to explain to the Arctic Circle Assembly all about Findochty.

“It will also be lovely to be able to reciprocate the hand of friendship being shown by the Russian community in Siberia where the bottle ended up.”