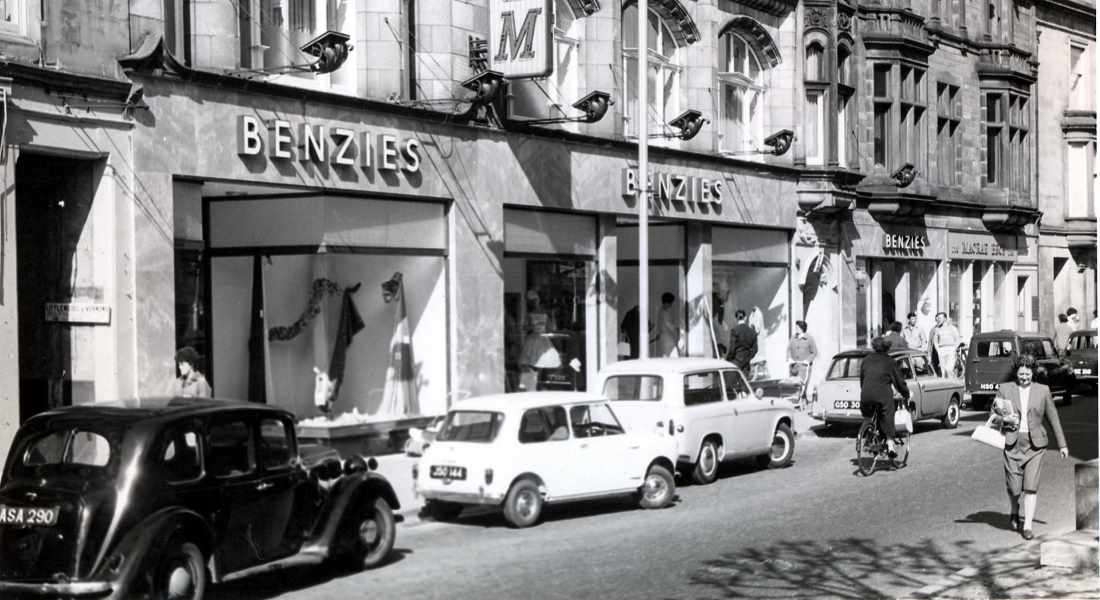 A PHOTOGRAPHIC EXHIBITION depicting the development of Elgin city centre from Victorian times to the present day is to mark the 25th anniversary of the St Giles Shopping Centre.

Elgin’s High Street (Past and Present) will run in the centre from November 2 for over three weeks, featuring images that included such as Benzies and Ramsay’s who occupied the St Giles Centre site in the 1960s and 1930s respectively.

The photographs are being displayed by kind permission of Elgin Museum archives and the Northern Scot newspaper.
Also on display will be the Trade Banners created by Elgin Museum’s Young Marvels in response to the traditional Trades Exhibition in the Museum.

The shopping centre was opened on November 15 1991 by the then Moray District Council convener Eddie Aldridge – an estimated 23,000 people visited the centre it its first two days.

Then it had 37 units (including the bus station) – and among the first to reserve space was John Menzies, Superdrug, Benetton, Clothesline, Hydro Electric, Smillie the Baker andChristies the florist – with Dorothy Perkins and Radio Rentals following soon after. Hydro Electric was the first to open for business after shop fitting.

The site was on a building previously occupied by Arnott’s and before that Benzies and then Ramsay’s – and the Centre today retains the façade of the original building.

Jim Gardiner, who has been the centre manager since 2008 said: “There have been many changes in Elgin and the High Street in particular over the years and the exhibition will be very nostalgic for those who remember it as it was in years gone by and also for those who never knew it then, as it will reflect the rich heritage and history of Elgin.”

The exhibition is part of the Castle to Cathedral to Cashmere Project for whom Chairman Jim Royan said: “This is a wonderful opportunity to look back at Elgin of yesteryear and will hopefully bring back many happy memories for those old enough to remember the shops, buildings and people and also to interest young people in how their town has changed.”