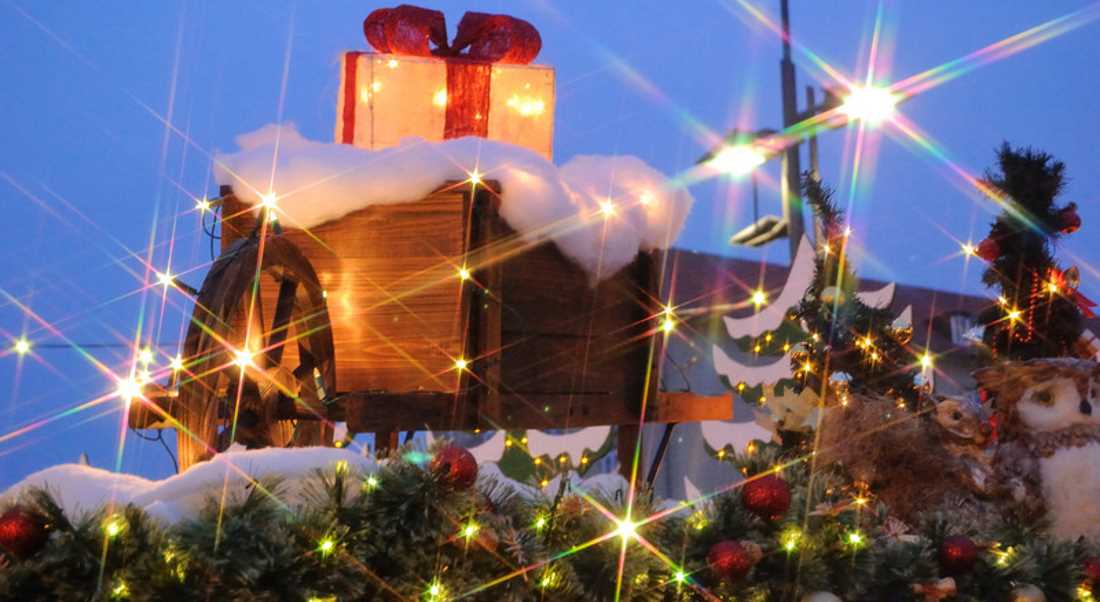 WHILE WARM SUNSHINE appears to be bathing Moray well into October thoughts are still turning to planning for the Festive Season that is just around the corner!

And one group of determined fundraisers are reminding people in Elgin that means the return for a third year of ‘Santa on the Streets’.

Gregor Girls Fundraising is sisters Yvonne Milton and Janice Gregor who in recent years have been behind a series of fundraising events in the Moray town – and they are determined to keep spark new life into long-lost local traditions.

Yvonne explained: “Back in the days when we were little Santa used to come around all the streets to see the children – so we thought it would bring some fun and community spirit to recreate this.

“For the last two years we have toured over two nights covering the New Elgin & Bishopmill routes individually. Santa was in the back of a truck with lots of Christmas lights and decorations – and some Christmas music playing loudly to let people know we were approaching.

“Rudolph and Olaf joined us last year and walked the seven to eight mile routes each night, while a few of our friends and family followed the truck with collecting buckets and giving the children on the route a sweetie.”

Clic Sargent and the Archie Foundation benefitted from the group’s efforts to the tune of over £1700 last time around – now the girls have something particularly special lined up as they aim to bring a well-known Christmas song to life.

Yvonne said: “We will actually have a one horse open sleigh – and lots of jingle bells too! We have hired a horse-drawn carriage from Carrbridge that will be taking Santa round the town.

“We hope this will appeal to everyone and bring support from young and old as we tour Elgin. The dates for this year’s event are Thursday, December 15 for the West End/Bishopmill route and Friday December 16 for the New Elgin route.”

Advance planning for the event will see a ‘lucky squares’ competition with several prizes up for grabs – including a chance to join Santa in the horse-drawn carriage for a short ride, or a Christmas hamper delivered by Santa during his rounds.

“We would really love to exceed the amount we raised last year and have set a £2000 target – we have also set up a Facebook Page and would welcome as many visitors as possible on there to lend their support.”