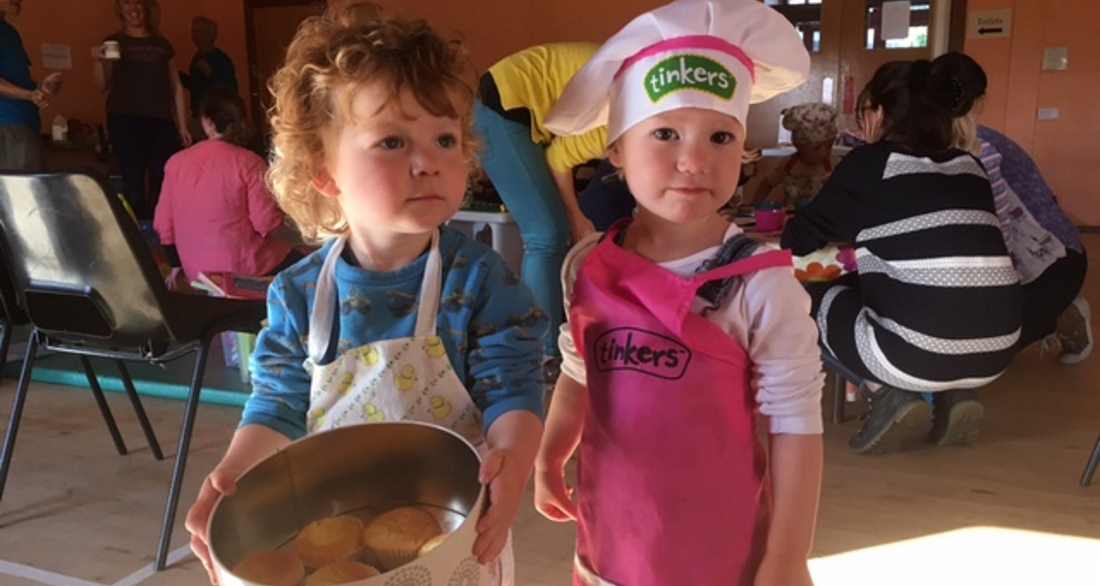 WHILE THE DEBATE goes on over the future cast of the Great British Bake-Off a group of Moray parents and toddlers have been organised their own ‘Baby’ version to boost attendance at their nursery group.

The Dyke Parent and Toddler Group meet every Thursday – and while number have held stead, Beccie Thornhill, who help in running the group, said they could do with brining more people into the mix.

Beccie who has attended the group on and off for the past eight years, told insideMoray: “We meet every week in Dyke & District Hall and we always have our regulars, but it would be great to see some new faces coming along.

“Whilst we have done the Baby Bake Off we don’t often have formal play with the kids, our group is more about the adults and being able to get a hot cup of tea, cake and a good natter and watching the kids interact with each other.

“We are very lucky here as we have a number of dads that attend regularly but we also have nannies, childminders, and grandparents too, it makes it a really diverse group of people.

“We also work very closely with Dyke Pre-School who are based within the centre and often we share events with them such as Christmas parties and trips out and about.”

Katie Long from Alves attends the group with her three-year-old son Julian, she said: “I like coming here as it’s rural. I often bring the dog, take it for a walk first and then come to the group. It’s a nice morning out.”

Dyke Parent and Toddler Group meet every Thursday from 9.30 to 11.30am.