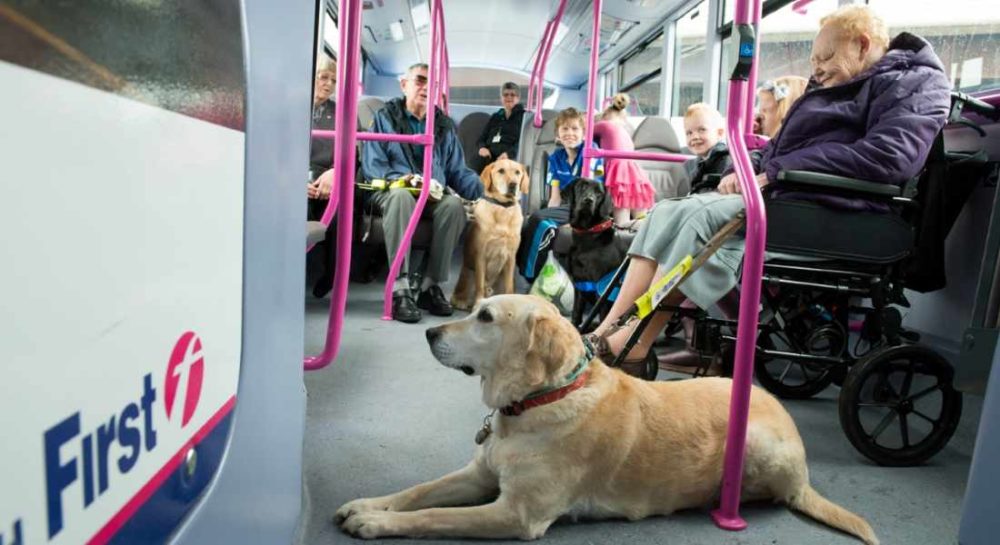 PUBLIC TRANSPORT SHOULD be made easily available to everyone – regardless of disability.

That is the demand being made by Moray MP Angus Robertson this week after he learned from the national Guide Dogs charity of the issues facing blind and partially sighted people in accessing bus services around the country.

These include the story of a guide dog owner who, having missed their stop while travelling on a bus, was left stranded with no knowledge on where on the route the bus was.

Mr Robertson was shocked when he learned that was not an isolated experience – and that seven out of every 10 passengers with sight loss had been “forgotten” on a bus. There is, the MP said, a solution to the issue – ‘final destination’ and ‘next stop’ audio/video announcements, but only 20% of buses in use in the UK have such systems – and 97% of these are in London.

Backing moves to change the situation at Westminster, Mr Robertson said: “I was shocked to learn when speaking with the charity Guide Dogs how often blind people miss their stop because they do not know where they are.

“The Bus Services Bill is the biggest reform of buses since the 1980s so it is a unique opportunity to make sure that blind people can use buses safely too. I’m delighted that the UK government has listened and included talking buses in the bill.”

James White, Senior Campaigns Manager at Guide Dogs, commented: “Talking buses give independence to people with sight loss, enabling them to travel on their own and reducing stress and anxiety. They also help other travellers including tourists and infrequent bus users to reach their destination safely.

“The UK government have now recognised the need to roll out talking buses nationwide. We are asking politicians like Angus Robertson to ensure they follow through and commit to making talking buses the norm across the UK.”