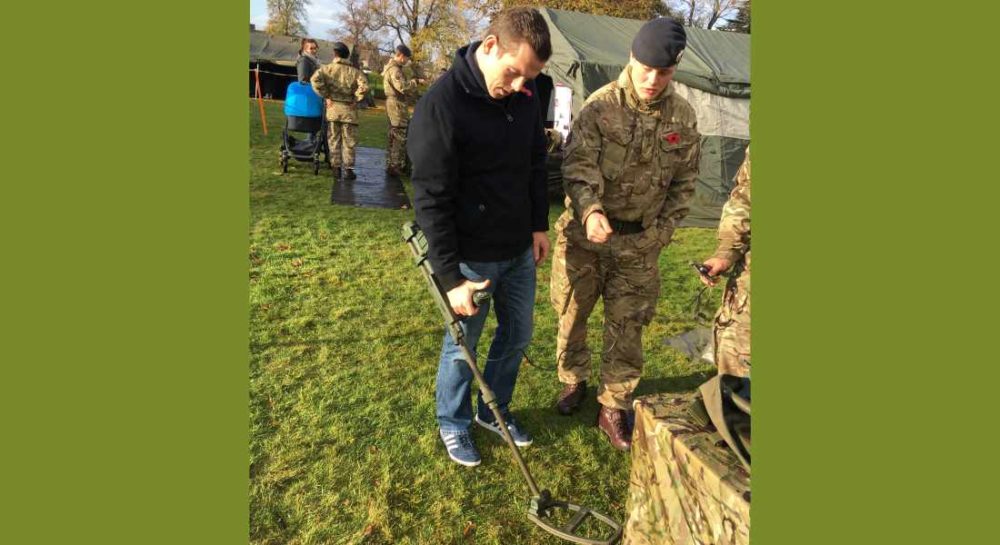 AFTER 300 YEARS service to the nation the men and women of 39 Engineer Regiment at Kinloss had every right to celebrate at Grant Park in Forres on Saturday.

And while the weather was not at its best people still turned out to pay their own tributes to the Army unit may only have been in the area for a few years but have already made their mark in the local community.

From midday there was a series of events in the park from an opening performance by the Scots Band – and culminating with the Fireworks display in conjunction with the Rotary Club of Forres, which unlike similar events in Edinburgh and Aberdeen was never in any real danger of not taking place.

Attending the event was regional MSP Douglas Ross, who expressed his pleasure at being able to speak with the various regiment units – and see for himself the different roles they undertake throughout the world.

He said: “While the weather may not have been kind on them the fact that the regiment based at Kinloss wanted to put on an event locally to celebrate 300 years of the Royal Engineers was great for those of us who were able to go and shows how the Army are very much an established part of Moray life.

“With various deployments ongoing its clear to see how busy the Regiment is in different locations, all undertaking quite different but hugely important roles. Saturday’s event certainly helped me to understand more about the significant work they are undertaking day in, day out.”

Regimental personnel were on parade again yesterday, leading the Remembrance Parade in Forres – held by special arrangement a week earlier than planned as many of those taking part are on deployment.

Lt Col Jim Webster, 39 Engineer Regiment’s CO, said: “The Forres community is important to us, and we want to ensure that we provide the best parade possible. This has been a real challenge this year due to the high volume of deployments we are experiencing.

“With this in mind, we took the decision with the Royal British Legion Scotland to mark Remembrance Sunday on 6th November in Forres, meaning that we are sufficiently resourced to parade through Forres.”

Several members of the Regiment will also be taking part in Remembrance parades throughout Moray next weekend.