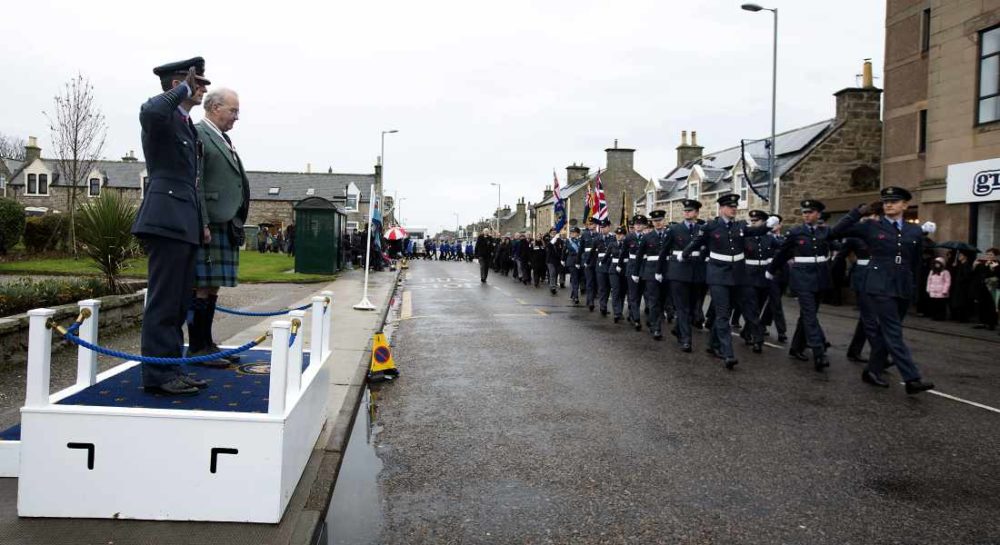 A WEEK OF REMEMBRANCE saw Moray serving military personnel reaching out to the community with groups attending a variety of services around the region.

At the weekend RAF Lossiemouth personnel joined those from the Royal Navy and Army, local veterans associations and organisations in Lossiemouth, Elgin, Fochabers, Buckie and Dallachy.

Meanwhile others from the Moray base were on parade further to honour those who died in the service of their country – 51 Squadron RAF Regiment was at the National Remembrance Service in Edinburgh where Air Office Scotland, Air Vice Marshal Paterson, laid the wreath on behalf of the Royal Air Force.

Group Captain Godfrey said: “It is fantastic to see such support from the local community on an event as poignant as Remembrance Sunday.

“Personnel from RAF Lossiemouth have always felt an integral part of the community here and it is a huge honour for me to take the salute and lay the wreath to commemorate those who have sacrificed so much”.