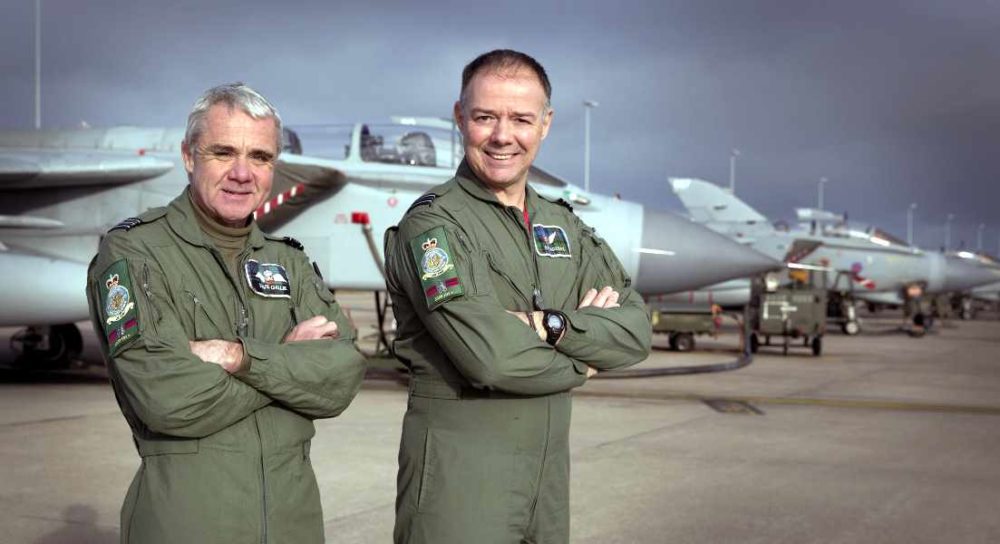 IT WAS A SPECIAL moment for the crew of an RAF Lossiemouth Tornado when they performed a recent flypast at RAF Linton-on-Ouse.

That was when Squadron Leader David Gallie and Flight Lieutenant Chris Stradling became the first crew to have flown together on a combined 10,000 hours on the Tornado.

Both are qualified tactics instructors at the Moray base with XV(Reserve) Squadron, responsible for the training of ab-initio and refresher Pilots and Weapon Systems Operators prior to their posting to front line squadrons.

Squadron Leader Gallie, who has amassed 4800 hours on the Tornado and 7500 total flying hours, was the pilot during the sortie, whilst Flight Lieutenant Stradling was the navigator.

Sqn Ldr Gallie said: “We discussed the achievement of the sortie when we landed, but it wasn’t confirmed until the debrief.”
Flight Lieutenant Stradling reached a total of 5300 Tornado flying hours on the same sortie and has over 5600 hours total flying.

He believes the chances of this happening again are reducing, saying: “As far as we are aware, there are currently only two people flying the Tornado who have achieved over 5000 hours on the aircraft.

“A small number of aircrew have in excess of 4000 hours, with Sqn Ldr Gallie being at the top of that list.

“There is a possibility that a combined 10,000 Tornado flying hours may be achieved again with a different crew, but with the drawdown of the Tornado fleet in the next few years the likelihood will diminish with time.”