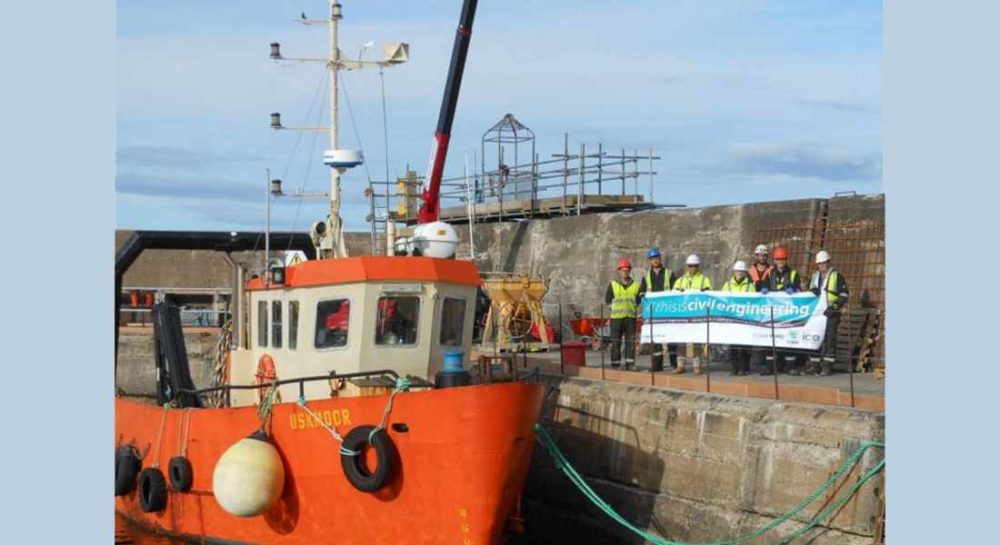 MAJOR REPAIRS TO one of Moray’s most popular harbours has been completed on schedule and within budget.

Portknockie Harbour was at one time the home for a thriving fishing fleet but in more recent times has, as with many of the regions harbours, switched much of its use to leisure craft.

However, the piers and jetties had fallen into poor condition – sparking a £560,000 investment by owners Moray Council to undertake a programme of repair.

Now the 19th century harbour is once again open for business with local councillor Ron Shepherd saying that the work will help secure a solid future for the harbour.

He added: “It is a well-used harbour both by local boat owners and visitors and I am delighted that these improvement works have been completed before winter sets in.”

Work on the harbour had originally been planned to take place in 2015, however that had to be delayed. Parts of the harbour had to be closed to the public during the works but all facilities have once again become available.

Portknockie was founded in 1677 and became a significant herring fishing port during the nineteenth century. The village still retains many of the features and charm of its fishing heritage days and is a great place to spot dolphins. In the late 1890s, the village was still being used by up to 58 steam drifters.