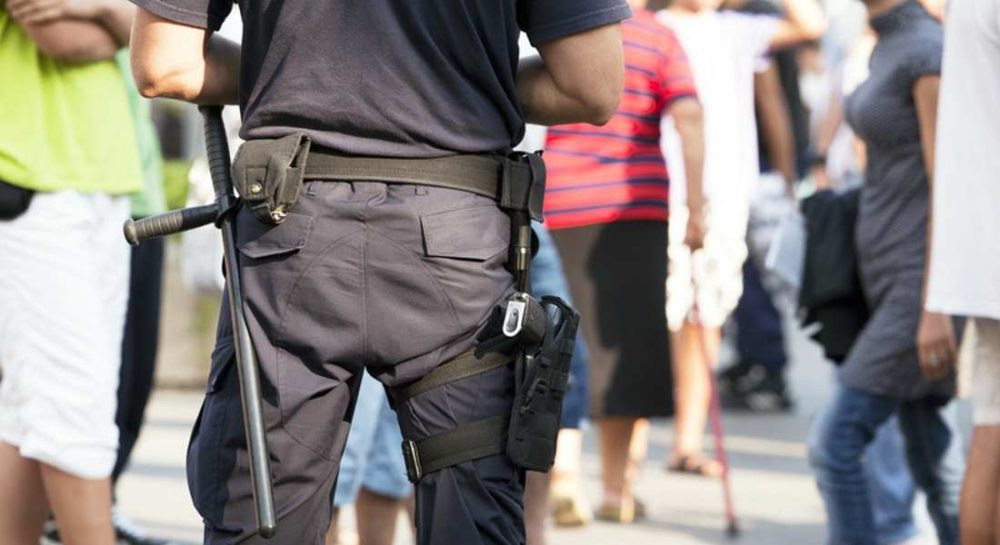 TERRORISM CAN TOUCH on every community in Scotland – and while Police Scotland are today issuing a message that people should ‘Be Alert, Not Alarmed’ they are promoting a range of activities to raise awareness of the threat.

The UK’s counter-terrorism network is launching an awareness week from today that will run through until Sunday, December 4.

To support the initiative Police Scotland officers from across the country will conduct a number of high profile engagements and high-visibility patrols aimed at raising awareness on their efforts to counter the threat from terrorism and providing reassurance to communities in Moray and throughout Scotland.

The main focus today will be on the promotion of safety and security advice and guidance within crowded public spaces, given that recent terrorist incidents across the world have, in the main, targeted such areas.

A range of specialist officers, departments, external agencies and other relevant partners will take part in various engagement opportunities in city centres and large towns across Scotland. In total, over 500 Police Scotland resources will be utilised on the day, with numerous representatives from a variety of partner agencies also supporting the activity.

Assistant Chief Constable Bernard Higgins, Police Scotland’s National Protect and Prepare Lead, said: “The recent findings from the ‘Your View Counts’ survey showed us that Scotland’s communities see terrorism as one of their biggest concerns, reflecting the current threat level from International Terrorism.

“We have responded accordingly to demonstrate the everyday work we carry out alongside our partners to keep the public safe and informed on relevant security issues. Friday 25th November is traditionally a busy shopping day with the start of the Christmas shopping sales, meaning towns and cities across the country will be extremely busy.

“We will be working alongside many partners including British Transport Police, Scottish Fire and Rescue Service, Scottish Ambulance Service, Scottish Business Resilience Centre, Security Industry Authority, and the Scottish Licensed Trade Association during the initiative and throughout Counter Terrorism Awareness Week.

“Together, we will carry out a range of activities across Scotland, including high visibility patrols and engagement events.”

Stressing that the initiative is not being undertaken in response to any specific intelligence, ACC Higgins said the wish is to ensure communities have the support and information required to remain alert to the threat.

He added: “It has often been said that ‘communities defeat terrorism’ and I am firmly of the belief that this is the case. We must all ensure that the threat posed by terrorists operating world-wide does not undermine the positive relationships which exist across communities in Scotland.”

Justice Secretary Michael Matheson said: “Understandably, many people in Scotland have concerns about the threats posed by terrorism. That is why initiatives like Counter Terrorism Awareness Week are important, providing practical advice that can help ensure we all remain safe and secure.

“As part of the week, Police Scotland and their partners are taking forward a wide range of engagements, which I am sure will both inform and reassure the public. I would urge local communities and businesses to participate.”