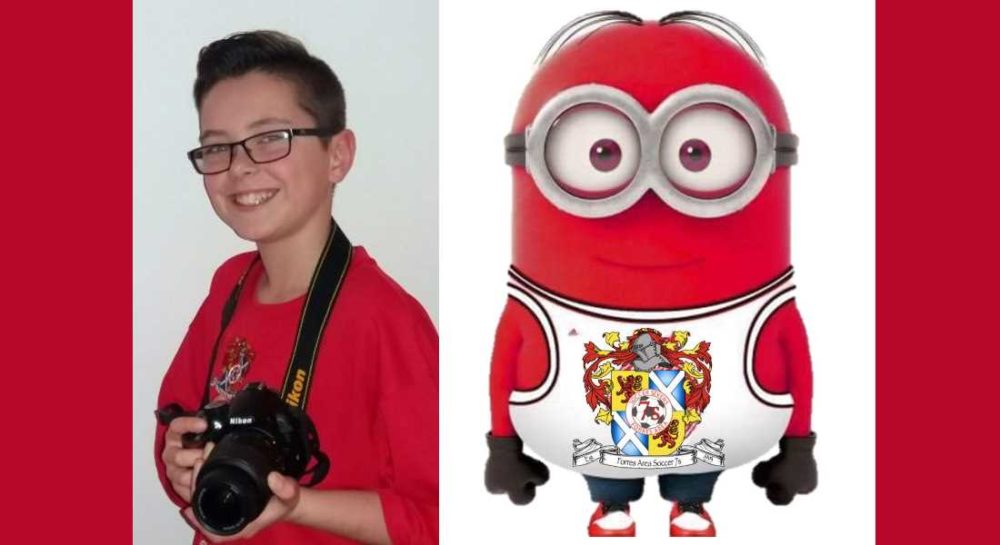 NOT ALL THE young talent at the highly successful Forres Area Soccer 7s is restricted to the football field as shown by a rising star in the world of photography being snapped up by the youth group.

Yesterday Shaun announced that Owen Winsor had been appointed as the official club photographer – tasked with the job of covering all events and games at the club during the season.

Owen steps into his first formal commission after volunteering his services after mum Julie learned that a new photographer was required to take on the role.

Shaun said: “Owen is 12 and in S1 studying at the Forres Academy – he has been taking photos since he was eight when he got an iPod for Christmas. He enjoys messing about taking photos of his beloved dog.

”Having Owen as a member of the clubs’ volunteer team is a real asset and it is great to see youngsters giving up their time to help us.

“Taking photos takes a real talent but when you are running around organising games and events, photos sometimes get forgotten.

“Owen has been really good at capturing the end of season events, more recently our visits to Forres Mechanics and we look forward to see more of Owens photos.”