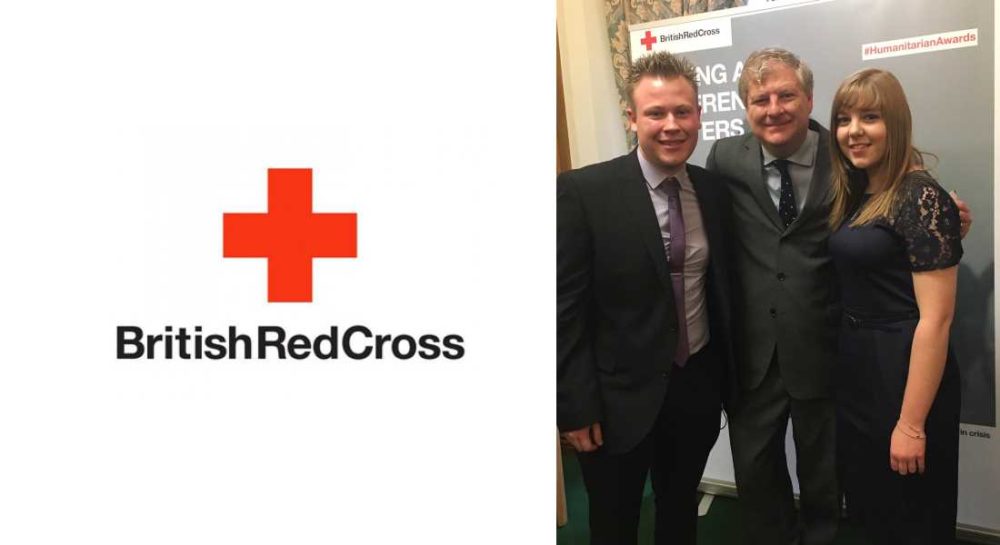 The local award winners were met recently by Moray’s MP Angus Robertson, who wished to personally congratulate them on their achievements.

Daniel Wood has been described as an ‘inspiration’ by people he works alongside – he has won the Sheila Jose award for selfless dedication as a British Red Cross volunteer, a role he combines with a full-time nursing career.

Caitlyn Gallagher won the under-18 photography competition for her moving self-image embracing children from the school at which she had been volunteering in Nepal.

Caitlyn’s entry was included as part of an exhibition of shortlisted photographs on the theme ‘Making a difference matters’. The competition invited young people to capture moments showing community or charitable work.

Mr Robertson said: “It was both humbling and inspiring to hear Daniel and Caitlyn’s stories and experiences.

“I’m really proud to represent constituents like them – their achievements demonstrate a selfless spirit which should motivate us all to do more in our community.  Out of only twenty finalists from across the UK it is notable that two of those are Daniel and Caitlyn from Moray – they can be very proud of their achievements.”

The pair were among 20 finalists aged seven to 25 who attended the awards ceremony at the Palace of Westminster.

Among this year’s shortlisted entries for the awards, sponsored by Canon, was a young man who has set up a coffee shop venture for homeless people, a seven-year-old who has raised thousands of pounds for diabetes charities as well as volunteers who did 12 hour shifts in Calais’s refugee camps through last winter.

Mike Adamson, Red Cross Chief Executive said: “These young people are an inspiration to everyone.

“They are committed to making a difference and helping people in their communities – they embody true humanitarian qualities. Their actions have saved lives, helped vulnerable people and supported communities. Across the UK thousands of young people selflessly give up their time to help others.

“These awards are a chance to give those young people the recognition they deserve and to say a huge thank you for all their hard work.”