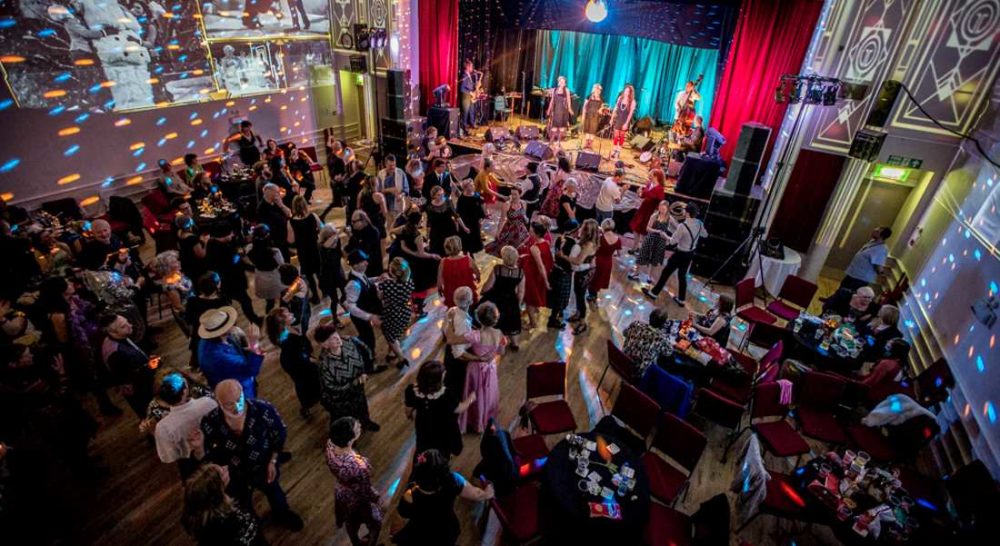 JUST A FEW YEARS after its introduction a Moray festival is celebrating ‘spectacular’ results that show their 2016 event drew bumper crowds – and provided a substantial economic impact.

Organisers also say that the Findhorn Bay Festival also had a tremendous community involvement and drew visitors from throughout the UK and far beyond – including Australian, the USA, Germany and Italy, as well as providing a near-£900,000 business boost.

Evaluation of the six-day Festival, which is organised every two years with the 2016 event being held last September, showed that it attracted over 13,500 spectators to its mix of free events, tickets shows and Culture Day Forres.

Findhorn Bay Arts, the not-for-profit Forres based organisation that produced the Festival, undertook an in-depth post event evaluation through online feedback surveys and face-to-face conversations with visitors, festival artists, community groups, volunteers, local businesses and Culture Day participants to better understand the impacts of the Festival and learn how the event can develop for years to come.

These have shown that the second festival drew 75% of its audiences mainly from Moray and neighbouring Nairn, while 18% came from other parts of Scotland and a further 7% from other parts of the UK and overseas. Almost a quarter of those who visited for the Festival remained at least one night – while 95% spent cash in local shops, cafes, restaurants and pubs in Forres, Kinloss, Brodie and Findhorn.

Local businesses reported a 78% increase in sales over the Festival – with many reporting a 50% increase in Forres on the Culture Day Forres. Vicky Brown, owner of Little Flower based on Forres High Street, said: “It was absolutely fantastic for the town and local area. It’s good that there’s something for everyone and every age group.”

Speaking of the partnership and exhibits that featured at Brodie Castle, National Trust for Scotland Property Manager Shona Ferguson commented: “We were delighted to be part of the Findhorn Bay Festival. The events held at the castle brought in many new visitors – many had travelled from out with the area and visited Brodie for the first time, we hope to see many of them return in the future.”

The 2016 Festival also saw over 15 new local businesses engaging to promote and support events – recognising the potential for audience engagement.

A new Festival partner was Ewen Mackintosh, Chief Operating Officer at Benromach, who said “We are delighted to have been part of the Findhorn Bay Festival in 2016. Benromach is targeted at consumers who have a curious mind, who wish to seek out something that little bit different. We feel our match with the arts and opportunities to work with the Festival provides access to this type of consumer.”

In total it has been estimated that the Festival contributed £874,902 to the local economy (£571,219 from visitor spend, £128,683 spent on accommodation and £175,000 spent locally from funding) – providing a significant economic boost to the local area.

Festival Director Kresanna Aigner said: “The impacts of the Festival go well beyond the event itself. Artists, businesses and local groups not only benefit over the six days but they are able to sustain and grow as a result from increased work, sales and promotion.

“We do this in depth evaluation as it’s important for people to understand how events and creative activity contribute locally and to highlight what the benefits are for investment.

“Findhorn Bay Festival is like no other event in the area, it is unique in providing people of all ages, abilities and backgrounds the opportunity to participate in and access arts and culture activities, gain a range of new skills and meet new people too.

“It gives local artists and young people a prominent stage to perform on alongside well-known visiting artists and local groups a platform to publicise the work they do all year round. This involvement adds a strong community feel to a Festival which truly has something for everyone.”

For further information on the work that Findhorn Bay Arts do throughout the year and to see if you feature in the Findhorn Bay Festival highlights film visit www.findhornbayarts.com.