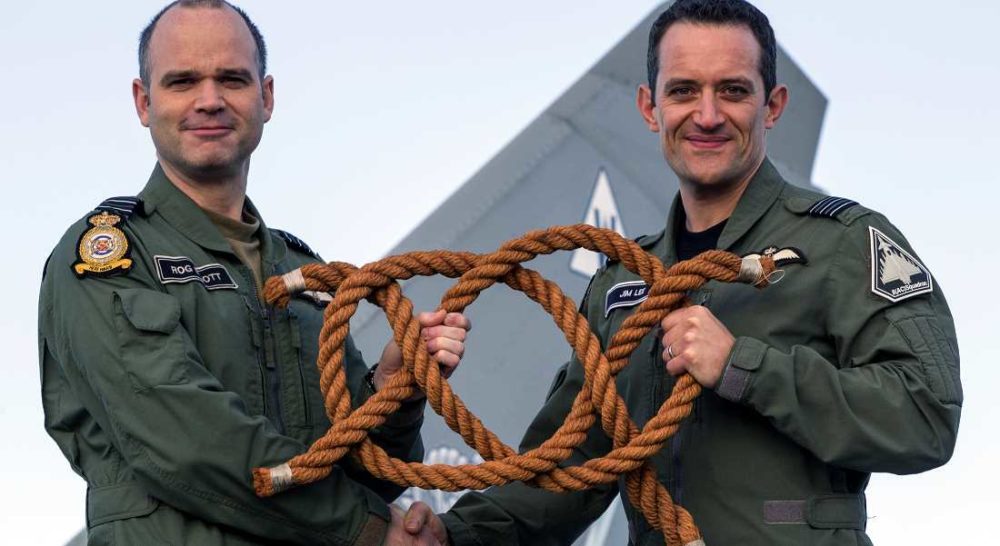 TWO YEARS AFTER bringing a third squadron of Typhoons to Moray, Wing Commander Roger Elliott has handed over control to the capable charge of Wing Commander Jim Lee.

It was in January 2015 when II(Army Co-operation) Squadron completed its re-invention from a Tornado Squadron at RAF Marham to Typhoons at RAF Lossiemouth.

Since then Wing Commander Elliot has had a busy time – but now he moves on to the next stage of his career, leaving Wing Commander Lee to continue the good work.

Jim was previously with 6 Squadron and had also flown another aircraft that once graced the skies of Moray, the Jaguar, as well as F16’s during a tour of the United States. He has also worked extensively on the development of the Typhoon and its role in combat operations.

Looking ahead to his latest command he said: “I am delighted to assume command of No II(AC) Squadron – it is a real privilege to take responsibility for leading the men and women of such a distinguished squadron.

“Since II(AC) Squadron transitioned to the Typhoon aircraft in 2015, it has achieved a great deal under Wing Commander Elliott and I am grateful to be taking over a team that is in fine form. The next year promises to be a busy on all fronts and I look forward to being part of that team as we write the next chapter for ‘Shiney Two’.”

After handing over control Roger Elliot said: “For two very short years, I have had the pleasure of commanding II(AC) Sqn. Thanks solely to all of the members of ‘Shiney Two’ those two years have been a phenomenal experience – the Squadron has attained Full Operational Capability, moved into a state-of-the-art HQ, deployed on operations and exercised in the Pacific.

“This has been an astonishing team effort and I have been very fortunate to be a part of that team.”