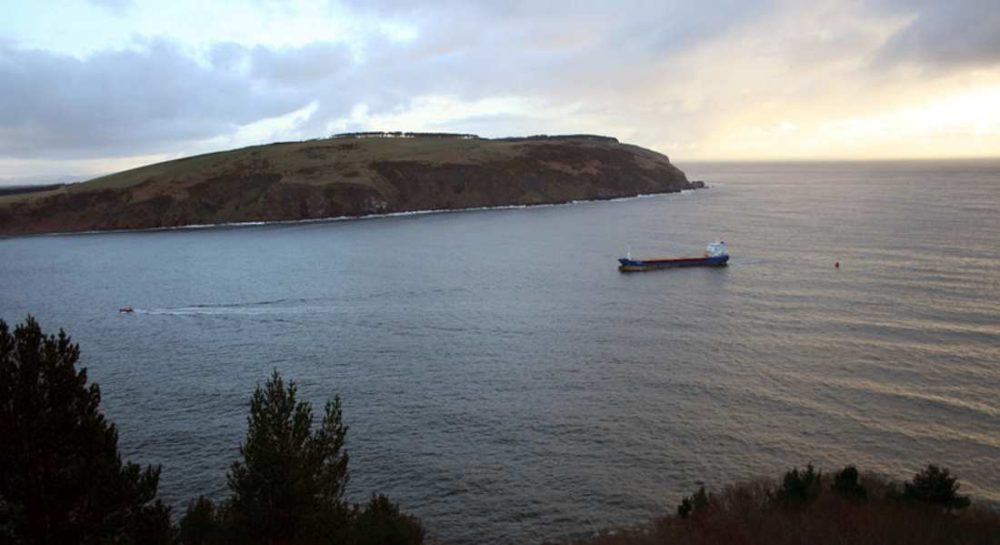 JUST DAYS AFTER it was revealed the Cromarty Firth Port Authority had been ordered to conduct a new public consultation over Moray Firth ship-to-ship oil transfers plans they have been told that they must begin the entire process over again.

It was expected that the CFPA would put an updated bid to the Maritime and Coastguard Agency by the end of this month – now they have been told that their original bid must be withdrawn and if they wish to go ahead they will need to put in an entirely new bid.

It is not envisaged that they will be able to do that before Easter – and in any case, any new bid would still require full consultation with all regions likely to be affected by the proposals.

“Despite the spin from the CFPA, Cromarty Rising’s group of professionals and business experts led the public against an application riddled with flaws. Support from the politicians and councillors was growing in the Highland area as they realised the impact that this application could have on the region.

“Rather worryingly, apart from support from the Green party, here in Moray politicians have largely remained sitting on the fence. Even at the protest at Holyrood, only Douglas Ross from Moray came outside to speak to us.

“Moray’s SNP MSP was noticeably absent unlike their colleagues from the Highlands. Let’s hope that this is the end of all this but I urge everyone to be aware that the CFPA can reapply and probably will do so at Easter.

“If they do we want the backing of our Moray politicians as per the Highlands.”

Last night the CFPA attempted to play down what most would consider a serious setback to their plans.

The Authority chief executive Bob Buskie insisted it was “standard protocol” for a resubmission of the entire application to be ordered and that it was expected by the port authority, who throughout the bid have attempted to play down the level of opposition to their plans.

However, Moray Greens convenor James Mackessack-Leitch insisted it was excellent news for the campaign against open water transfers on the Moray Firth: “This is more good news from the MCA – an entirely new application will refocus minds at the CFPA and we can hope that their experience so far will persuade them to shelve these risky proposals.

“However, if a second application is forthcoming, then it gives those who have so far missed the boat, sat on the fence, or just plain ignored the issue another chance to stand shoulder to shoulder with campaigners and communities in protecting our marine environment.

“Given the likely timing for a new application of mid-April, this may well become an election issue – in which case the deafening silence we’ve had so far from Morays elected representatives – of party or independent persuasion – will be keenly noted.

“One thing folk can be sure of though is that Moray Greens will always stand up for our coastal communities and environment and we’ll continue to fight these proposals as we have done since they first appeared.”