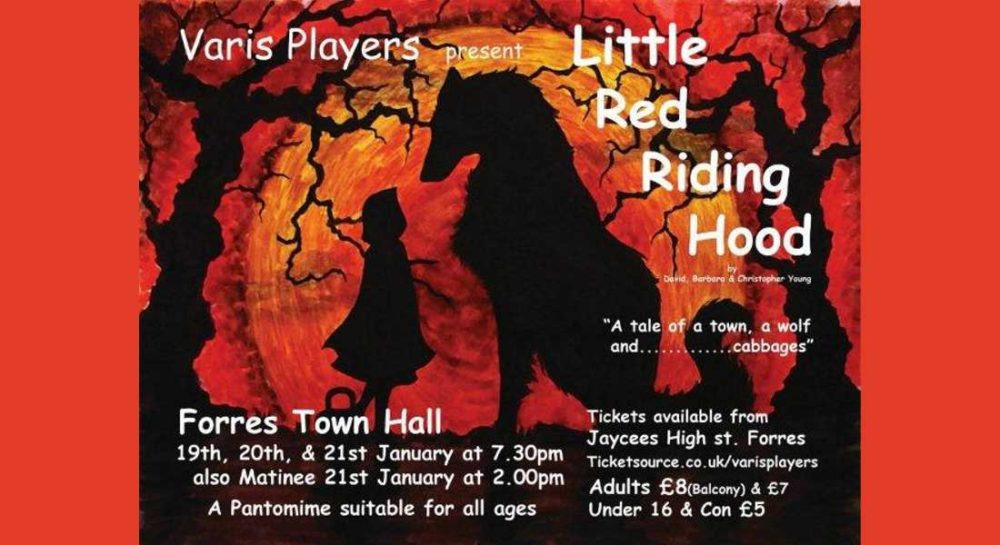 THE MORAY PANTOMIME season is well under way with communities in Buckie, Hopeman and Forres set to have their own productions this month.

Having already previewed the Buckie and Hopeman productions, insideMoray is happy to round things off with some detail for the Varis Players Panto set for Forres Town Hall.

Varis Players chairman Colin Smith told insideMoray: “Several of the younger cast members in the panto this year have moved up from the chorus line to what will be their first major speaking parts.

“The script was actually written several years ago by the parents and brother of Sam Young, who are travelling up to Forres from their home in London to see their work performed.”

Colin added that the best way to describe the plot – “it is an intriguing tale of a town, a wolf and…. Cabbages!”

Other roles in the panto are being performed by Sadie Custodio, Emma Robertson, Robyn Hughes and Simon Dunbar.

Little Red Riding Hood runs from January 19 to January 21 at 7.30pm, with a matinee performance on January 21 at 2pm. Suitable for all ages, tickets are available now from Jaycees on Forres High Street or online via http://ticketsource.co.uk/varisplayers.