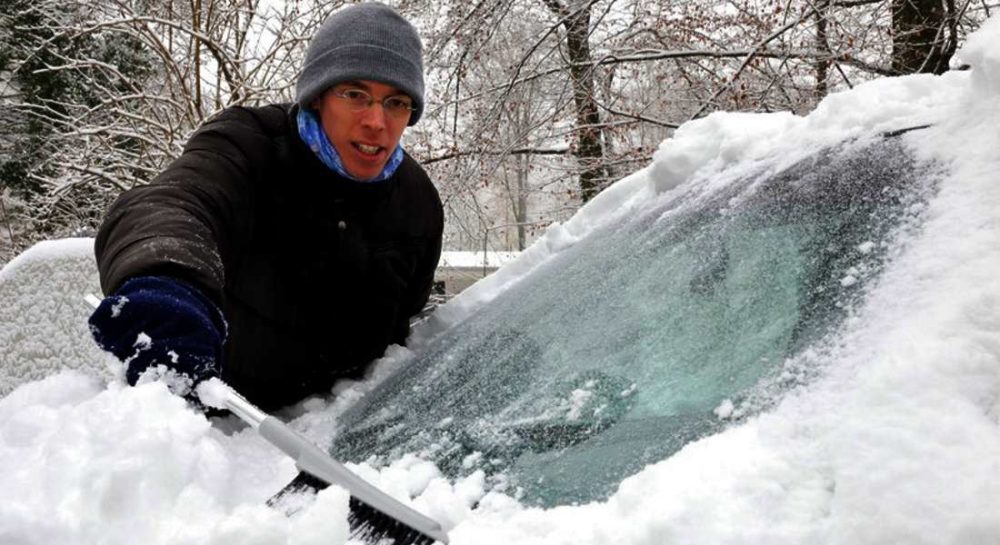 WINTER IS SET to arrive with a vengeance this week if the predictions being made by Met Office forecasters come to pass.

Unseasonal mild temperatures have been the story of the winter so far – bar one or two named storm incursions – but that is about to change with ‘thunder-snow’ being predicted from tomorrow until the end of the week.

Yellow Alerts have been issued with forecasters warning those who are planning to travel anywhere in Scotland to beware – with homes, in particular in more exposed areas, also likely to suffer from power cuts as a result of the storms.

The cause is said to be a cold air front that has its origins in Arctic Canada, with a met office spokeswoman saying: “We have warnings out from Wednesday to Friday with an Arctic maritime air mass taking control over the weather of the entire UK.

“That will be moving from the north west and pushing south, the north will feel a lot colder compared to the rest of the UK. Strong winds gusting typically at 55mph can be expected and that will be mixed with snow at 2-5cm – above 300m it could be up to 10cm.”

Updates can be obtained by visiting the Met Office weather warnings page.