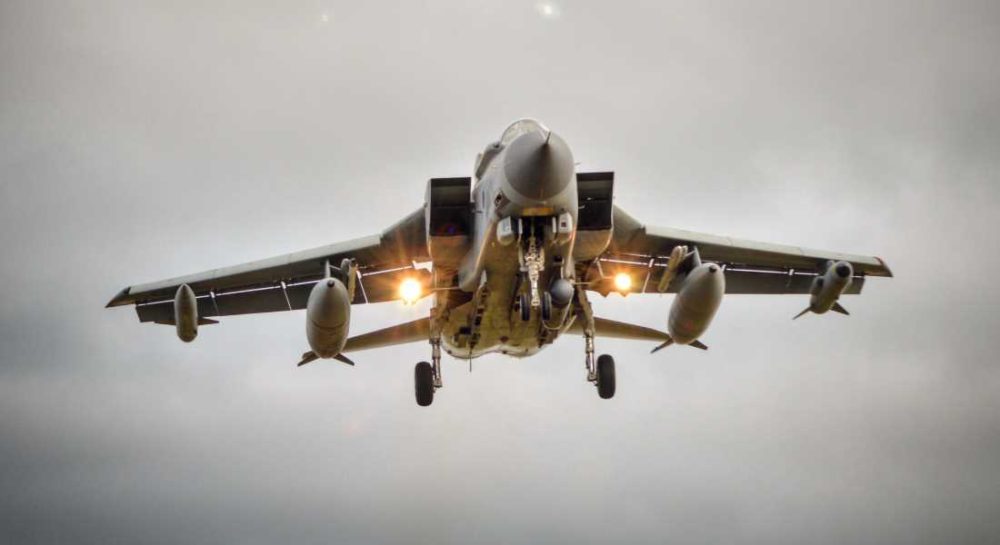 ONE OF THE MOST familiar sights in Moray is set to vanish from our skies with the departure next month of the Tornado from RAF Lossiemouth.

For over 20 years the aircraft has raised heads as it roared over local communities – now the days are being counted down on an old friend with the last Tornado squadron set to depart at the end of March.

XV (Reserve) squadron has been providing Operational Conversion Unit services for the RAF’s iconic aircraft – now they are being disbanded as their aircraft is withdrawn from service over the next two years.

To mark the importance of the Tornado to the local community in Moray, RAF Lossiemouth is planning a ceremony that will bid a final farewell to the squadron – and the base station commander is asking local people to help by offering up some of their images of the aircraft.

Lines of aviation fans have probably shot millions of images of the Tornado on and around the base – now Group Captain Paul Godrey has launched a competition to find the best of these images.

“RAF Lossiemouth has been home to part of the Tornado force for many years,” he said, adding: “The aircraft type has served the RAF exceptionally well and continues to have a significant role on operations today.

“The local community has loved seeing the Tornado in Moray – many people have made trips to the area just to see them flying from the base. As the XV(R) Squadron nears disbandment, we thought it would be a great tribute to find the ultimate RAF Lossiemouth Tornado picture.”

Images can be entered into the competition by sending them via Email to lossiemco@gmail.com – people should send only image, with the closing date set at February 28.