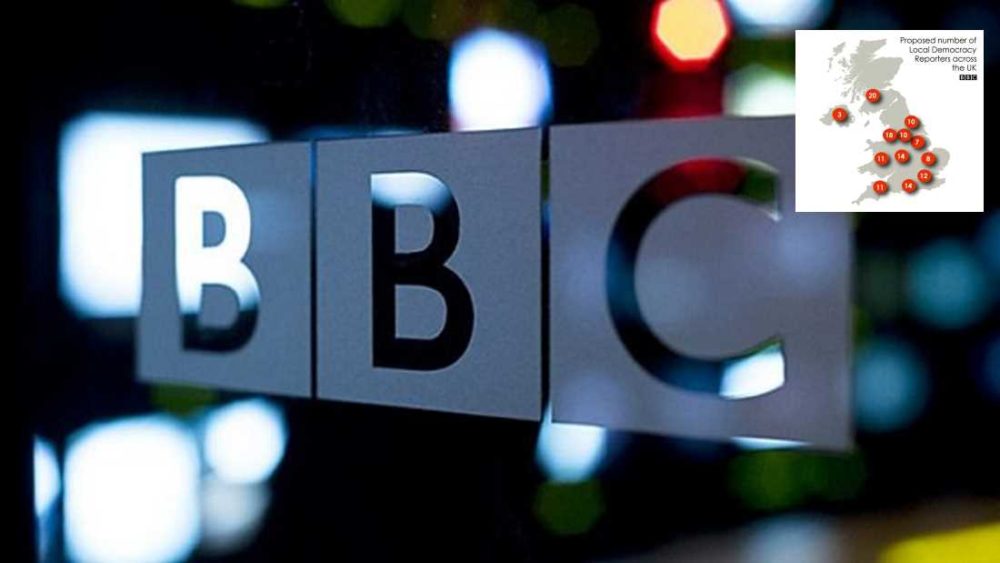 HOPES ARE BEING RAISED that community journalism news sites such as insideMoray could be set for a boost – courtesy of the BBC.

However, if Moray, the North East and Highlands is to claim a share of an £8million investment by the national broadcaster will very much depend on greater cooperation between traditional local media and the emerging community media.

The BBC has released details of their new Local Democracy Reporting Scheme, an effort to improve the reporting of local democracy from such as Councils and Courts by employing additional journalists whose output would be available immediately to all media outlets – including community publications.

Being proposed is 150 new journalist posts spread around the country on a regional basis – 20 of the jobs would be in Scotland, employed by existing local publications but paid for by the BBC.

The BBC say that their ambition is for a phased implementation of reporters, region by region, starting this summer and completing in 2018. They will also produce a ‘Newsbank’ that gives outside online media organisations access to BBC video and audio material shortly after transmission.

The NewsBank, which is due to become operational later this year, will enhance other news organisations’ online offering as well as making BBC News output more accessible to audiences online.

James Harding, director of BBC News and Current Affairs said: “As more power is devolved across the UK, it’s more important than ever that we cover, understand and hold to account local politicians and public services.

“The BBC has worked hard with local news organisations to develop a scheme that gives an opportunity to a new generation of reporters and strengthens the local news coverage for all our audiences.”

Since the scheme was first revealed in 2014, the Centre for Community Journalism at Cardiff University has been central to discussions on how it might work in practice. This has included involvement in discussions – the most recent held at the BBC Studio in Birmingham and attended by insideMoray’s editor.

Editor Stuart Crowther said: “In Birmingham, I expressed concerns over the small number of Local Democracy reporters that would be covering our part of Scotland. I was also concerned that it might prove difficult to convince local newspapers here to cooperate closely with community news sites such as ours – which, to date, they have largely ignored.

“I was reassured that everything possible would be done, including a backup plan in the event that local press do not take up the offer by employing local democracy reporters, and that would perhaps entail the BBC themselves putting them in place.

“The reporters attending major council meetings and perhaps court sittings then sharing their reports with all media is obviously an attractive one for resources such as ours.

“We have a growing relevance in terms of readership in our areas, but do not have the funding to employ anyone so are at a clear disadvantage – although, to an extent, the video broadcasting of meetings by Moray Council has helped a great deal.

“I would, however, hope that this scheme is fully embraced by media in the north east and Highlands, allowing a greater spread of news coverage over all platforms – that has to be a good thing for our readers.”

In line with the BBC’s approach in their inclusion of community journalism in their plans, the Centre for Community Journalism has formed a national body aimed at ensuring proper representation for such publications as well as maintaining the highest possible standards.