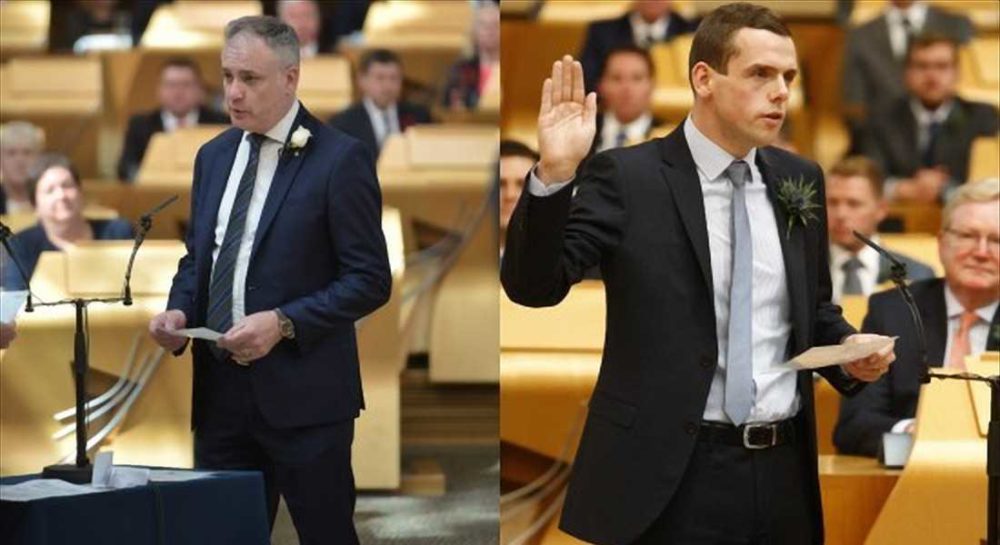 A MEETING IN MORAY yesterday produced some reassurances over health services in Moray – but still left several unanswered.

That was according to Moray MSP Richard Lochhead and regional MSP Douglas Ross, who both met NHS Grampian bosses at Dr Gray’s Hospital to discuss the raft of issues that have emerged in recent months.

At the meeting alongside Prof Stephen Logan, the NHS Grampian chairman, was Chief Executive Malcolm Wright and Pam Gowans, the Chief Officer for Health and Social Care Moray. They were also joined by several senior members of staff from both NHS Grampian and Dr Gray’s.

Following the meeting plans were revealed to provide training for Dr Gray’s staff that would allow them to provide the specialist treatment for degrading vision, ending at least some of the long-distances many have to travel on a regular basis.

Mr Lochhead commented that this was something that could not happen soon enough: “Many patients are particularly elderly and they require these injections every few weeks.

“It is also imperative that surgeries for things like cataracts are carried out at Dr Gray’s as soon as possible – I’m encourage to hear NHS Grampian is working towards this.

Mr Ross meanwhile said that he welcomed the range of issues discussed, many of which had previously been raised with NHS Grampian via letter. He said: “It is good to have face to face meetings and the opportunity to discuss things in more detail.”

He too welcomed the training being given to local staff: “This will allow a huge number of patients, who previously travelled to Aberdeen to get sometimes painful treatment in their eye, to be seen locally in Elgin. Having met with many constituents who faced long bus journeys back to Moray after getting this procedure, I know how welcome it will be to have this done locally.”

“Many people will know the tragic circumstances of a local family which brought the current state of the Spynie mortuary to national attention. Maryan Whyte was commended by the NHS representatives for the work she has done and I’m hopeful this situation will progress over the next few weeks and months.”

“The previous consultant vacancy should be filled in the next month and this will allow some procedures to return to Elgin and should help to reduce the unacceptable waits people have been experiencing.”

However, he was not pleased with the response he had from health chiefs on one issue: “An area I’m not satisfied with the responses I received was over the urgent care people undergoing treatment for cancer can expect to receive at Dr Gray’s.

“I have highlighted several issues on behalf of a constituent and the responses I received from the hospital and NHS were extremely disappointing, this is something I will be taking further.”