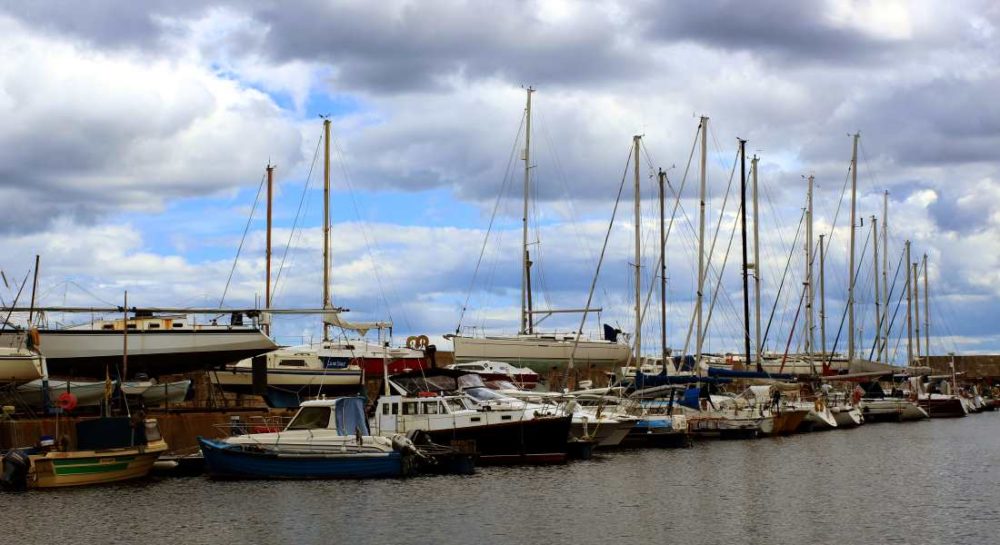 A MORAY BUSINESS GROUP are demanding clarity from Finance Secretary Derek Mackay over the business rate capping measures he announced earlier this week.

The Lossiemouth Business Association (LBA), who ahead of the climb-down by the Scottish Government had met with local MSP Richard Lochhead to make their feelings clearly known, are also insisting that the measures, while welcome, do not go nearly far enough.

LBA Secretary Denise Bedson insists that the non-domestic rates revaluation still left too many businesses on the brink – and at a time when Lossiemouth, like most towns in Scotland, was already suffering from closures.

She said: “While we welcome the revised capped rates for the hospitality sector, we require further clarity from the Scottish government.

“The new rateable value apparently still applies – it is simply capped and there is no indication how long this protection will last for. We believe these new measures do not go far enough to address the situation of some of the town’s most prominent businesses.

“I have personally spoken to many of the business owners in the town and there is a very real possibility that some will struggle to meet the increased costs and may even be forced to cease trading.

“Lossiemouth is a fantastic place to live, work and visit, we want to attract new investment in the town – but already we have far too many premises standing vacant. We cannot afford to lose the businesses that we do have.”

The LBA are also questioning apparent inequity in the process between Lossiemouth and Elgin – Grampian Furnishings facing a 40% increase while Anderson & England faced 14%. They also compare the Beach Bar’s 216% with that of Wetherspoon’s in Elgin who faced a 32% rise.

Another comparison saw the Royan’s Butcher in Elgin increase by 9% – but Lossiemouth-based Macleman’s went up by 50%.

Ms Bedson said: “As a town centre, Elgin has considerably more footfall and many more facilities. We have been told that this is due to the rateable value of non-domestic properties being related to rent values, however, we are challenging the validity of the data that was used in these calculations.

“Unfortunately, given the severely limited timescales, there is simply not enough time to carry out a thorough analysis of the situation. The whole situation is damaging our business community and needs to be unravelled.

“With the Barclay Report [on non-domestic rates in Scotland] due in July, we ask that the Scottish Government delay the proposed changes until then.”

The LBA has written to its members explaining the process and urges member businesses, and other firms in the town, to ensure they understand and are fully aware of the implications of their new proposed rates.

Businesses should contact the Grampian Assessor directly on 01343 541203 as soon as possible if they have questions or are concerned with their new valuation. The final figures are due to be released on March 15, after which the only option will be to formally appeal, a lengthy process, during which the revised rate applies – which now, for some at least, is capped at 12.5% for the next year.

For more information on the Lossiemouth Business Association, please visit www.lossiemouth.org, or contact Denise Bedson on 01343 209364.