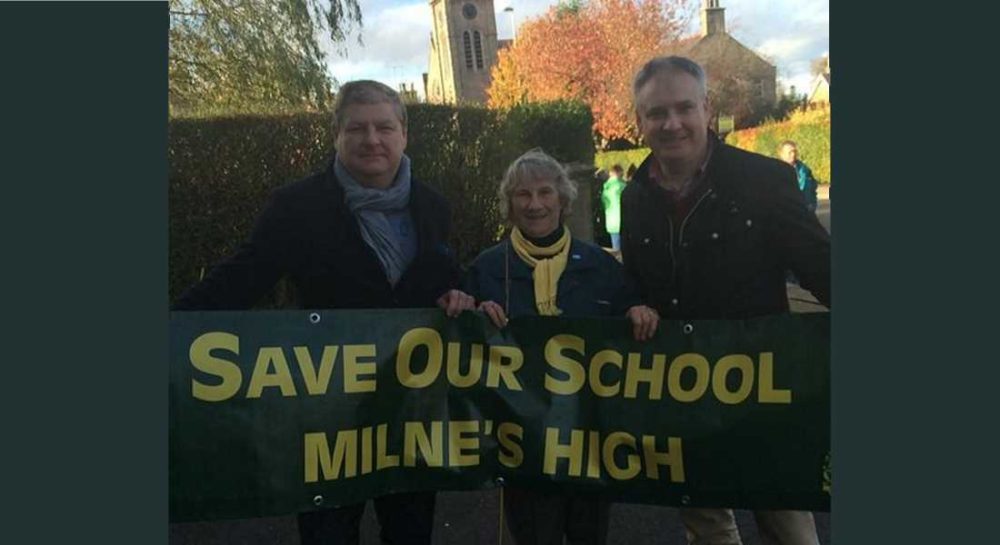 THE LEADER OF MORAY COUNCIL has painted a bleak future for the region as he prepares a final set of budget proposals before handing over power in the forthcoming local authority election.

Councillor Stewart Cree will not be seeking re-election in May along with over half of those currently representing Moray – including the Convener and the leader of the main SNP opposition group.

Now the Independent councillor is warning that those taking over are facing stark choices that include widespread closures of services thought to be ‘untouchable’ until now.

Speaking to the Press and Journal newspaper this morning, Mr Cree insists that even with additional funding of over £2million announced by the Scottish Government in their budget last week, Moray faces unprecedented measures to meet a shortfall that he puts at £7.5million – insisting that ‘no-go’ areas such as school closures must now be considered.

Talking of the U-turn forced on the SNP Government by the Green Party in order to allow their budget to pass through its first stage at the Parliament, Mr Cree said: “I think the additional funding was wrung out of the finance secretary – we got money on the basis that he was coerced into giving us it.

“I don’t feel that I should accept it with the same good grace that I would have had Mr Mackay responded to my earlier pleas for additional cash. The secretary merely recognised that, unless he responded to the need for more local government funding, he would not get his budget through – he did it to save his own neck.”

The leader said that the additional funding “buys some time – and nothing more”, adding a stark warning for those with children attending Moray schools or elderly in care when he said: “We will have to go back and look at education and have some discussions about how we provide care for older people.

“We would have to be careful with how we go about that to ensure people have time to readjust their expectations.”

The council’s Independent/Tory Administration are set to put their budget proposals on record this month.