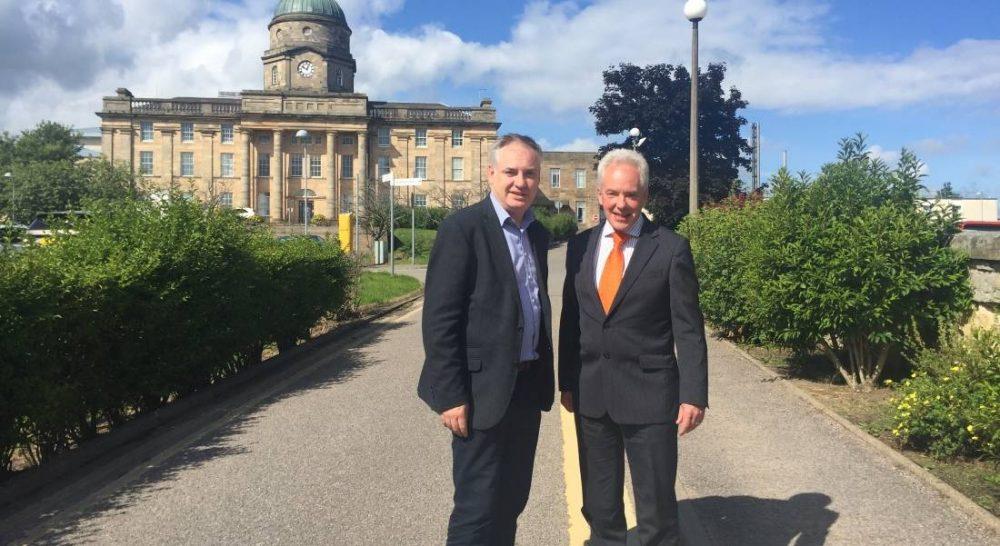 The MSP had previously raised concerns that clinics were not performing to capacity due to a lack of consultants – and that had an adverse effect on many of his constituents.

Individual cases were also raised with the NHS Grampian Chief Executive – prompting signs of progress with Malcolm Wright confirming his belief that an ophthalmology consultant would soon be recruited allowing Dr Gray’s to offer a weekly clinic.

Mr Lochhead also reminded the Health Secretary of the 160-mile round trip faced by Moray patients when they could not receive the treatment they required at Dr Gray’s.

The MSP said: “The delivery of local NHS Services is very important to me and is an issue which I continue to actively pursue.

“I am grateful to constituents for taking the time to draw delays and shortages to my attention and I will continue to raise the individual cases of my constituents with the Chief Executive of NHS Grampian as well as the wider issue of clinic provision.

“The delivery of local NHS Services is the responsibility of NHS Grampian but I am keen to highlight the ongoing problems to the Health Secretary, Shona Robison, and to seek her feedback on the challenges faced by Dr Gray’s.

“I’ve asked for information as to what action the Government is taking to improve matters as well as what the Government expect NHS Grampian to be doing to address the shortages at Dr Gray’s.”

Mr Lochhead added that over the months he had been listening to the views of NHS staff, including consultants at Dr Gray’s. He said: “The stumbling block with the provision of services at Dr Gray’s is often the difficulty in recruiting staff to key posts and this is why I’m interested to hear what is being done at a national as well as more local level.

“It is certainly not all bad news, and I was heartened to hear that the Chief Executive of NHS Grampian feels confident that they will soon recruit a consultant who will offer a weekly ophthalmology clinic at Dr Gray’s.

“But with many services in Moray being either fragile or in abeyance it is absolutely key that it is a top priority for NHS Grampian to fill these posts so that Dr Gray’s can offer a full range of clinics to folk in Moray.”