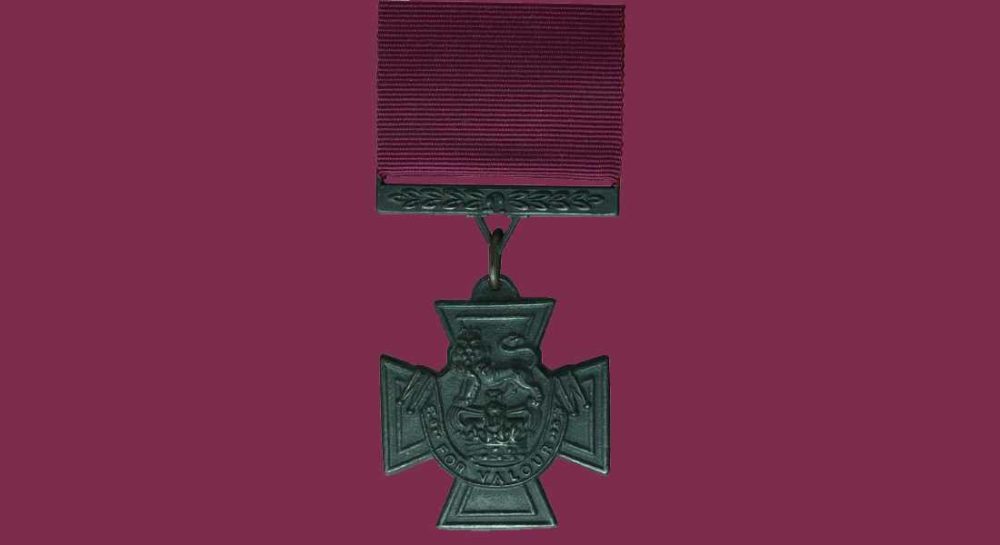 TWO VICTORIA CROSS recipients from Moray are to be commemorated in special ceremonies in their home towns this summer.

The ceremonies will be held exactly 100 years after Private George McIntosh and Sergeant Alexander Edwards earned the UK’s highest military honour within hours of each other during the Battle of Passchendaele in 1917.

Commemorative stones commissioned by the UK Government are to be laid in their honour in Buckie and in Lossiemouth.

Private McIntosh’s name is to be placed next to the Buckie War Memorial on Saturday, July 29, forming part of an event that is hosted by the Gordon Highlanders’ Association. The following day another stone will be unveiled in the memory of Sergeant Edwards at the Lossiemouth War Memorial.

Private McIntosh survived the war and lived on to reach the age of 63-years – sadly, Sergeant Edwards was later killed in action in 1918 at the age of 32.

During World War I there were 627 service personnel awarded the VC – and to mark the centenary the UK Government decided that all of them would be remembered with an engraved paving stone laid in their home town.

There were five VC’s awarded to Moray servicemen – the others being Lt Cmdr Martin Dunbar-Nasmith from Rothes, Sergeant John Ripley from Keith and Corporal William Anderson from Dallas. Special stones have already been laid in honour of each.

George McIntosh was just 20 and a private in the Gordon Highlanders when he single-handedly neutralised an enemy position while he and other members of his company were under heavy fire.

He went on to serve in the RAF during World War Two and was janitor at Buckie High School until his death in 1960. He is buried in Buckie’s west cemetery.

Alexander Edwards was the son of a fisherman and joined up at the outbreak of the war.

He was a company sergeant major in the Seaforth Highlanders when, on consecutive days and despite suffering bullet and shrapnel wounds, he knocked out an enemy position and rescued an officer as he lay badly wounded in no man’s land.

Edwards was reported missing in action in March of the following year and his body was never found. He is commemorated on the Arras Memorial and on the Lossiemouth war memorial.

There are also memorials at Lodge Pitgavey in Lossiemouth, of which he was a member, and at Moray Golf Club where he caddied as a boy.