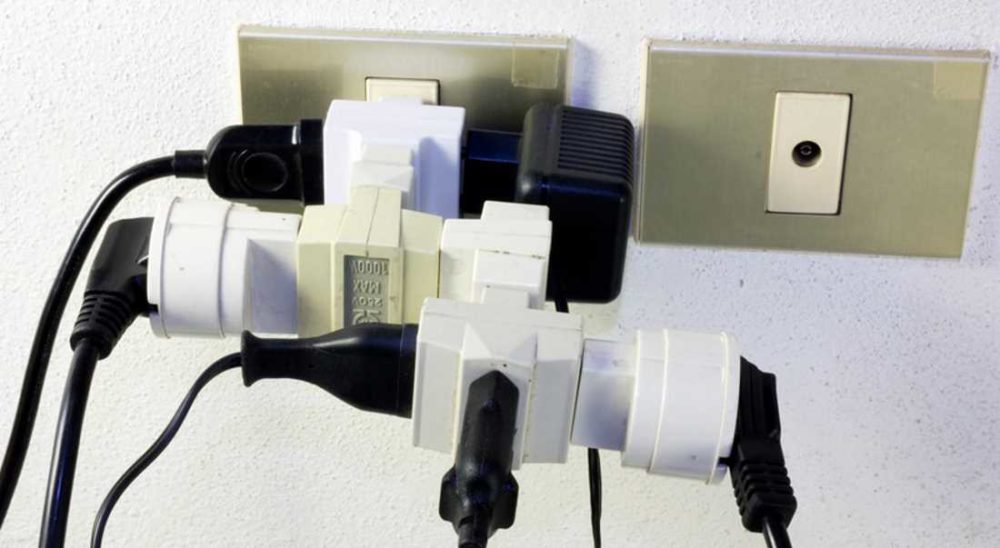 MORAY RESIDENTS ARE being reminded of the dangers they face from something we all use every day and take very much for granted – electricity.

Almost three-quarters of all fires in Scotland are started by electrical power – now regional MSP Rhoda Grant is keen to share many the safety tips she recently learned from Electrical Safety First (ESF) at her party conference.

Currently children have far more electrical gadgets than their parents ever did – and yet they contribute to the 3640 fires in homes, with ESF finding that three in four children have a potential fire hazard in their room.

When visiting ESF to get some advice and support in promoting this issue, she saw a powerful visual illustration of the silent risks posed by electricity, it showed the range of dangers in a child’s bedroom that could endanger the whole family.

Among those highlighted were the risky locations for charging a product – such as leaving a tablet on the pillow, or laptop on a bed – where the heat produced by these devices can’t dissipate and can lead to fire. But the scene also indicated the dangers of other fire risks, such as an overloaded block adaptor or a fake phone charger.

Mrs Grant said: “Electrical Safety First’s research found that children have, on average, 10 electrical items in their bedrooms, ranging from fairy lights to laptops – almost 25% more than their parents’ generation had in their rooms when growing up.

“It also discovered that over a quarter of all children have used or purchased a cheap, unbranded charger. These increase the chance of a fire, as counterfeits often omit key elements that can affect both the safety and functionality of the device.

“But it’s not just the kids who use a cheap, unbranded charger – the charity also found that 41% of parents admitted to using one!

“So the whole family needs to understand the dangers of electricity. It’s conservatively estimated that, where a person has been hospitalised due to an electrical fire, the cost to the Scottish taxpayer is £13million each year. The personal devastation, however, is often incalculable.”