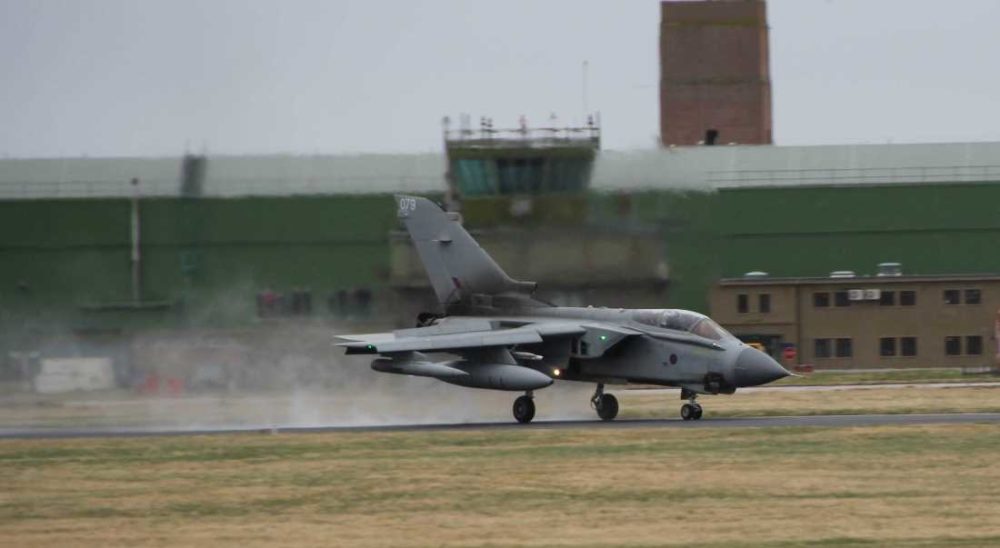 REMAINING TORNADO AIRCRAFT currently based at RAF Marham are to pay their own tribute to RAF Lossiemouth by staging a flypast of the Moray base on Friday afternoon.

Following on from the final sortie flown by XV(Reserve) Squadron at the Moray base earlier this month – an event that attracted hundreds to the airfield perimeter – the formal disbandment of the Squadron is to take place on Friday.

It will draw a close to the 23-years of service the Tornado, in its various guises, provided from Lossiemouth, involving many thousands of airmen and women on the ground and in the air.

Former Squadron personnel and their guests will attend Friday’s ceremony on the base which will be concluded by a flypast in the early afternoon by aircraft from the remaining Tornado squadrons, which are expected to remain in service at Marham until 2019.

An RAF Lossiemouth spokesman said: “The final Tornado aircraft will leave RAF Lossiemouth over the coming months for RAF Marham where the RAF Tornado fleet is now based.

“RAF Lossiemouth will see growth in the near future as a fourth Typhoon squadron is formed here and nine P-8A Poseidon Maritime Patrol Aircraft are based here.