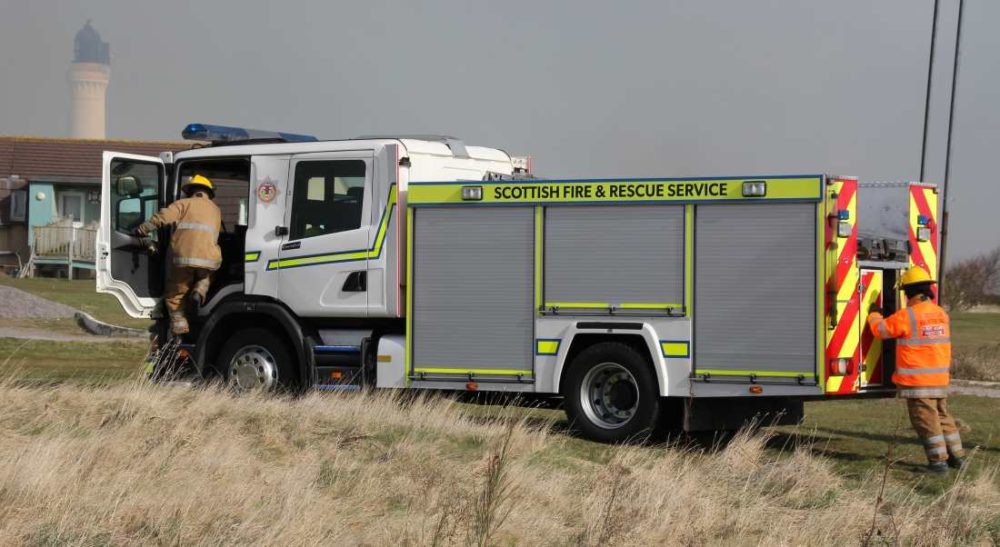 EMERGENCY SERVICES HAVE returned to Covesea near Lossiemouth this morning as high winds have again whipped up a gorse fire.

Seventeen firefighters are currently back on the site tackling the renewed blaze, which at this point is not believed to be as fierce as Tuesday’s outbreak.

Then, dozens were evacuated from the Aroma Café and Silver Sands holiday park as firefighters from as far afield as Inverness fought what was a ferocious blaze.

Investigations into the cause of the original fire are still under way – it is believed that the high winds in the area and warmer temperatures may have contributed to the renewed fire.

One local told insideMoray: “They really need to think about cutting this area back – I know that may not go down well with environmentalists but equally this is a dangerous situation when you get outbreaks at this time of year.”