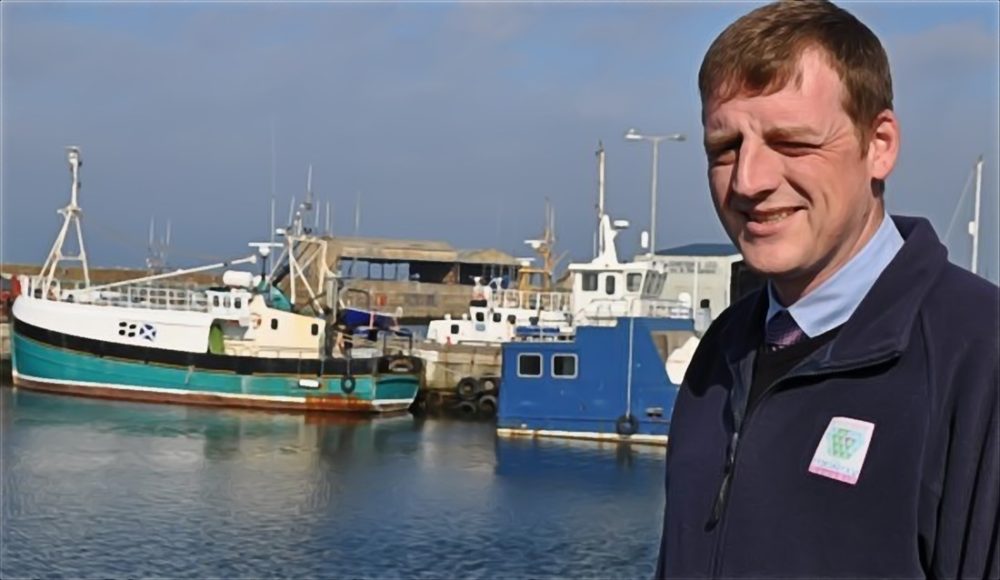 A NEW HARBOURMASTER has been appointed for Moray’s largest port – and is believed to be the youngest person in the country holding such a position.

Darren Bremner has clinched the job at 35-years-old – but lacking in years he is not lacking in experience, as he has been acting harbour master since his predecessor quit just nine days after Darren was appointed as his assistant.

Still living in Findochty where he was brought up, Darren now has the task of leading development of Buckie Harbour with the aim of it fulfilling its potential as a huge asset for Moray Council and the local economy.

Darren said: “I am delighted at getting the job, particularly at a time when the harbour area has so much going for it in terms of future development.

“I have got to know many of the harbour users in my year here and I am really looking forward to working with them to realise the harbour’s full potential.”

The new Harbourmaster will draw on his experience on semi-submersible rigs and tasks on large supply vessels as well as smaller craft and barges. He has been involved in many lifting operations and personnel transfers offshore as well as working in shipyards in Hartlepool, Invergordon and Gran Canaria.

He said: “Darren is a crucial member of the council’s new harbours team which is focused on the development of all of Moray Council’s harbours in order to increase activity levels and attract economic investment.”

Buckie was once one of Scotland’s main fishing ports but now handles mainly commercial traffic, turning around 100,000 tonnes of cargo each year, and is playing an increasing role in the servicing and maintenance of vessels associated with the offshore renewables industry in the Moray Firth.