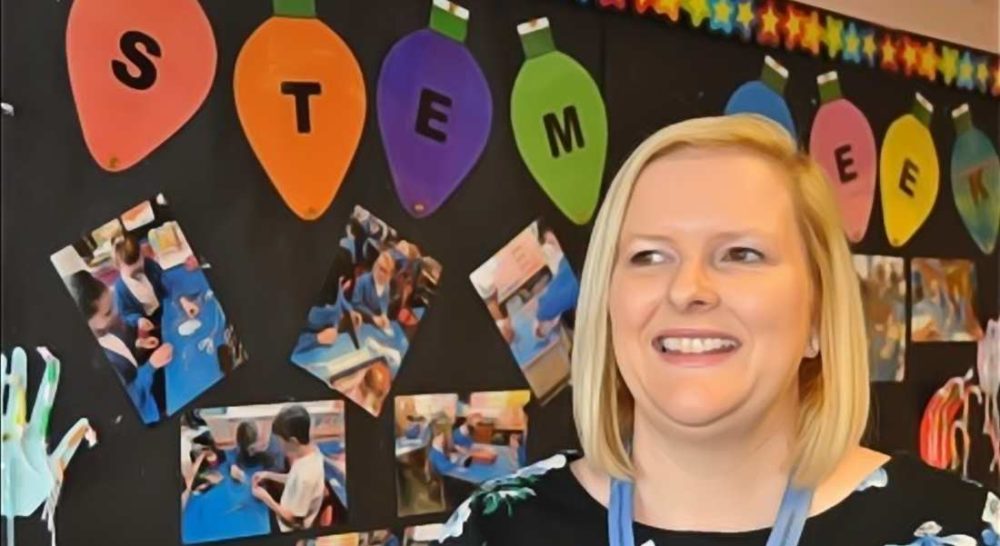 THE ENTHUSIASTIC REACTION of pupils at a Moray primary school for science subjects has helped earn their teacher a prestigious award nomination.

Rachel Wolford, who teaches at Hythehill Primary School in Lossiemouth, has been named as one of six finalists in the national STEM (Science, Technology, Engineering and Maths) learning networks ‘ENTHUSE’ award.

Her nomination is in recognition of her work in developing an interest in science at the school, where she is the depute head teacher. However, Rachel has confessed that her own passion for science came as something of a surprise – as in her own schooldays she was simply terrible at the subject!

Her interest in the subject came two years ago when she took part in a course at the Scottish Schools Education Research Centre in Fife – and just months later she was completely hooked after completing a second course dedicated to a variety of science disciplines.

Her enthusiasm is infectious and as well as sharing it with pupils, she has been involved in STEM training for teaching colleagues in other schools across Moray.

Mrs Wolford will be attending the ENTHUSE awards ceremony which takes place in Manchester on May 12.