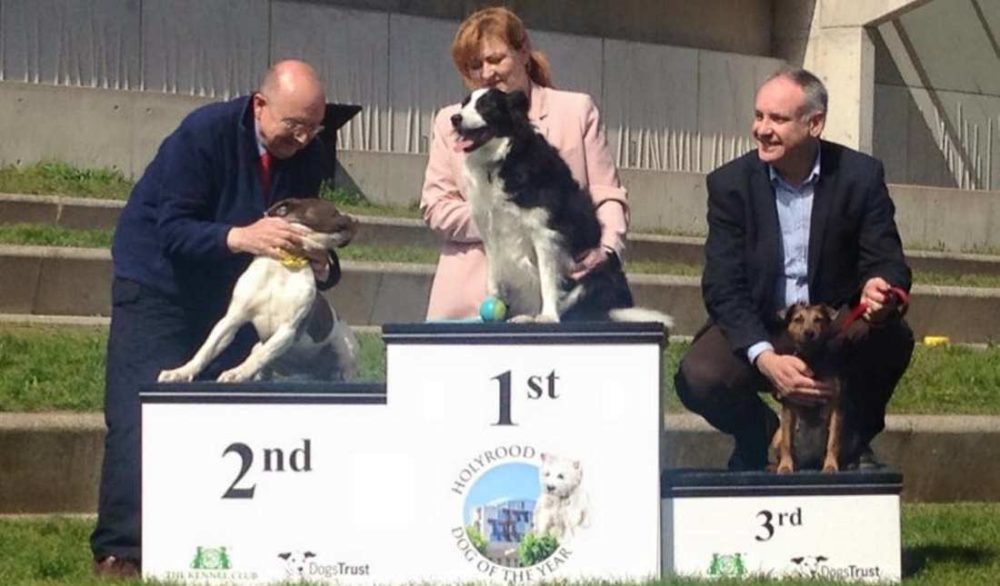 MORAY GENERAL ELECTION contender Douglas Ross had a more pressing engagement than canvassing for votes when he was being put through his paces at Holyrood yesterday.

The regional MSP joined Moray MSP Richard Lochhead and other members of the Holyrood parliament in showing off the skills of their dogs in the first Holyrood Dog of the Year competition.

Organised by the Kennel Club and hosted by Scottish Conservative leader Ruth Davidson MSP, the event was eventually won by a rescue dog – Maya, a border collie owned by Emma Harper MSP.

Mr Lochhead said: “Cinder is very chuffed at finishing third place in the first ever Holyrood Dog of the Year – she did Moray and her family proud. “She’s off to chill out after all that gruelling electioneering with a stick. Thanks to everyone who voted and although she didn’t win the separate public vote she got to the podium for the main event against lots of doggy opposition.”

Mr Ross insisted that his Dalmatian, Murphy, was happy enough just to have been taking part although his owner was disappointed: “I was disappointed that Murphy didn’t win but he certainly knocked the spots of the opposition as he excelled on the agility course.

“This was probably because my wife Krystle used to take Murphy to local agility classes before he became ill. Their training clearly paid off as he made a better job of it than me, I haven’t quite sorted my technique yet!

“However, he might not have made it onto the podium at the end, but Murphy is a bouncing bundle of joy and excitement – he made a big hit with all the other competitors and their pets, making lots of new friends and appearing in lots of Twitter feeds after the event.”