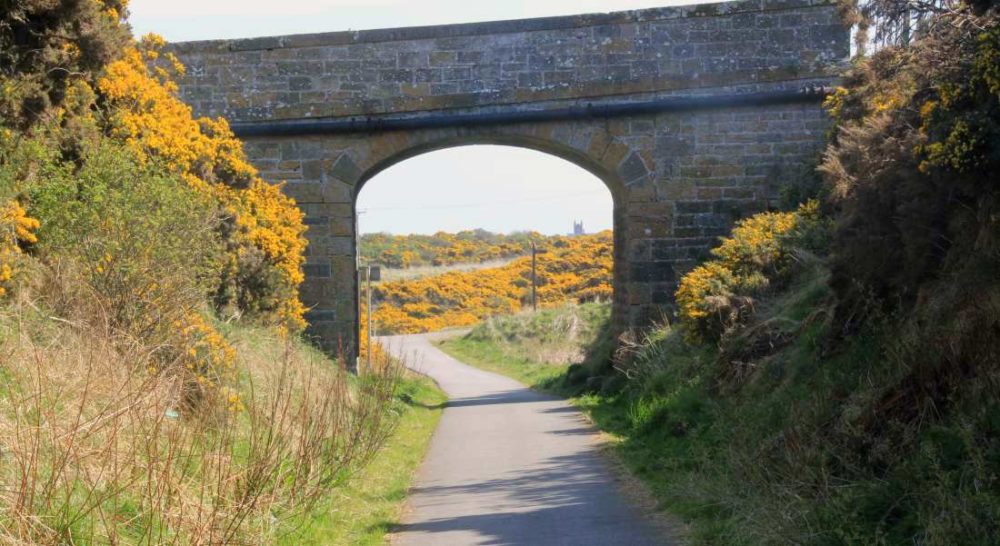 A MORAY COUNCIL employee is leading by example as he pounds his ‘beat’ inspecting some of the region’s most popular pathways.

Ged Connell has the job of carrying out regular inspections on the Speyside Way and Moray Coast Trail – and while he has a designated 4×4 truck for the job, as often as not he prefers to get on his bike!

Ged, a council employee for 17 years, is a one-man army responsible for every aspect of maintenance on the routes popular with both residents and tourist, with thousands of cyclists and walkers taking to the paths each year.

Each year he reckons on covering around 800 miles on his mountain bike – which is now very much a part of the Moray Council transport fleet. He does, however, have to use the truck for many of his duties – but his bosses are ever grateful that he is keeping the fuel bills to a minimum as well as reducing their carbon footprint.

Ged said: “Having the bike is not only more environmentally friendly, it also allows me to interact more closely with the people who use all of our trails.

“I will be able to meet more people as I do my rounds and let them know about underfoot conditions, where to see local wildlife and tell them about the local heritage.”

Moray Council’s environmental protection manager, Colin Bell, added: “We knew Ged was a keen cyclist anyway and providing him with a bike for his routine inspection patrols had been spoken of for a while.

“We are delighted that he now has the bike which is very much in keeping with the council’s policy of reducing its carbon footprint wherever possible.”

The council already has a fleet of pool bikes at its headquarters in Elgin which are available for use by staff.