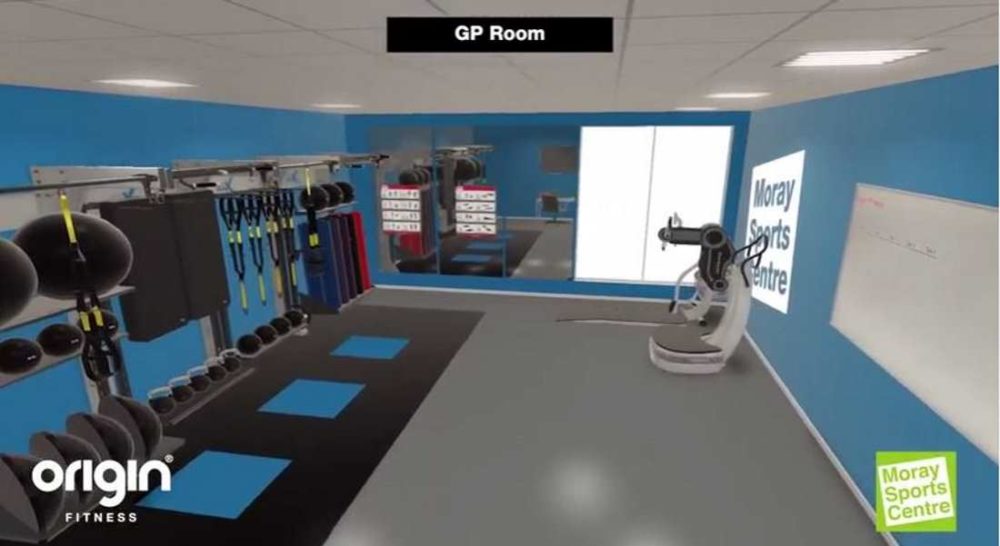 A PLANNING DECISION on the new Moray Sports Centre is expected to arrive by the end of June – and ahead of that new details have been released on what it might look like.

A 3-D video (below) provides a tour of the internal laying at the proposed new centre, with the chief executive for the project, Kathryn Evans, admitting that excitement is building ahead of the Council decision.

While the new video gives a flavour of what the rooms inside the building may look like, Kathryn was at pains to point out there is some way to go yet for the £12million project with several changes quite possible.

“It is all becoming a bit real now,” she said, adding: “We are still very keen to hear from people about their views on what we are trying to do. Every image so far is part of a proposal, we are still open to add anything people think we might have missed.”

The proposals for the centre includes a conference centre, café and at its heart a sports hall capable of hosting international events over several sports. It is hoped that work on the centre, should it receive planning permission, will begin early next year.

To provide feedback for the project visit http://www.moraysportscentre.co.uk/contact/