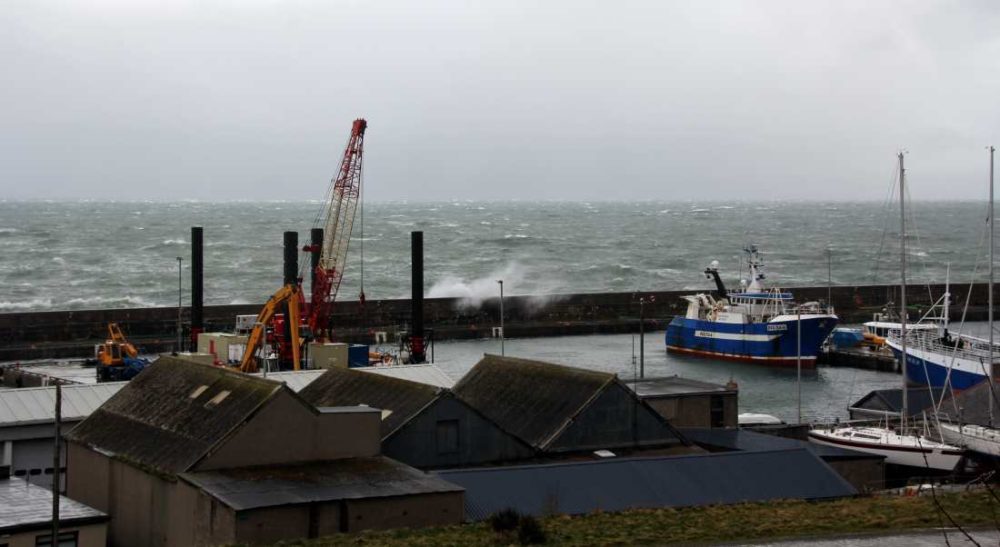 WORK HAS BEEN COMPLETED on the first new fishing vessel to be built at the Buckie shipyard in 15 years.

The 62-foot trawler Asteria was built as a replacement for vessel of the same name operated by a Skye fishing family.

Asteria has been built by Macdfuff Shipyards at a cost of £1.7million and marks a major milestone for Macduff who acquired the Buckie Shipyard when it went into administration in 2013. Since then the site has been used primarily to build three workboats and hulls for other projects.

Hailing the new fishing boat as a major success for the Buckie Shipyard, a member of the family owners of Macduff Shipyards, Matthew Watt, said: “We can only build one large hull at a time in Macduff so this has allowed us to fabricate two large hulls simultaneously.

“The last fishing vessel to be built in Buckie was about 15 years ago by Buckie Shipyard – we have since signed an order for another sister ship to be built, again in our Buckie premises.”