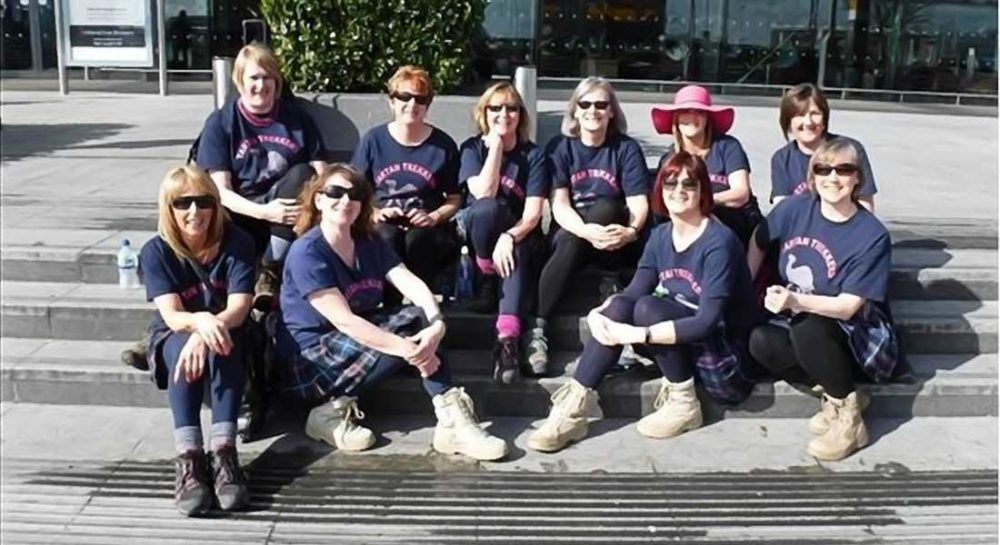 THREE MAJOR ACHIEVEMENTS in a few weeks are being celebrated by the Moray group providing support services to women and children who have experienced domestic abuse.

Moray Women’s Aid (MWA) have clinched a Women of Inspiration Award and an LGBT Charter Mark – and now they have also welcomed home a team who trekked through the Sahara Desert!

The LGBT Youth Scotland Bronze charter mark arrived in April after three members of staff acted as ‘champions’ to see the MWA through the process. The mark is given to organisations that ensure their policies and processes “promote and encourage diversity”.

Service provider Elle Johnson explained: “Our staff have all been trained in LGBT issues and we are proud to say that we have attained this Charter Mark in less than 18 months.”

Board Director Allane Hay added: “MWA staff and Board regularly review our policies and procedures to ensure that they do genuinely promote equality and diversity and provide effective and holistic support for all of our service users. We are proud that our team of champions have managed to attain this accreditation for MWA.”

The Woman of Inspiration award was given to service manager Elle recently by the Association of Scottish Business Women in recognition for her passion, dedication and determination on behalf of the MWA. It was announced at a recent event in Edinburgh and was also given in recognition of her achievements and contributions to the wider community.

The trio of good news items for MWA came when volunteers and staff members from both MWA and Moray Business Women joined in the challenge of a lifetime in support of MWA.

The ten-strong group trekked through the Sahara Dessert to raise vital funds for the charity, with a target of £20,000 set. The 110km trek took the ladies through the extremes of the desert in challenging conditions – and they exceeded their fundraising ambition by raising almost £25,000.

Elle told insideMoray: “This was one of the hardest challenges I have had to face but the group were amazing.  These funds are so important to our work at MWA and we are incredibly grateful to the support of everyone who helped us.

“Not only did the group train for the experience, lots of fund raising took place which no doubt has increased the profile of MWA in Moray – and we have been overwhelmed by the generosity of people.

“MWA would like to take this opportunity to say a big thankyou to all who have supported MWA’s fundraising efforts.”

A charitable organisation, MWA was set up in 1987 and provides support, guidance and temporary safe accommodation to services users across Moray. Last year they provided help to 383 women and 129 children and young people.

MWA is supported by a Board of Directors and an active fund raising group called ‘Friends of Marleon’. They are currently looking to develop the membership of both groups so are appealing for interested parties to contact them.