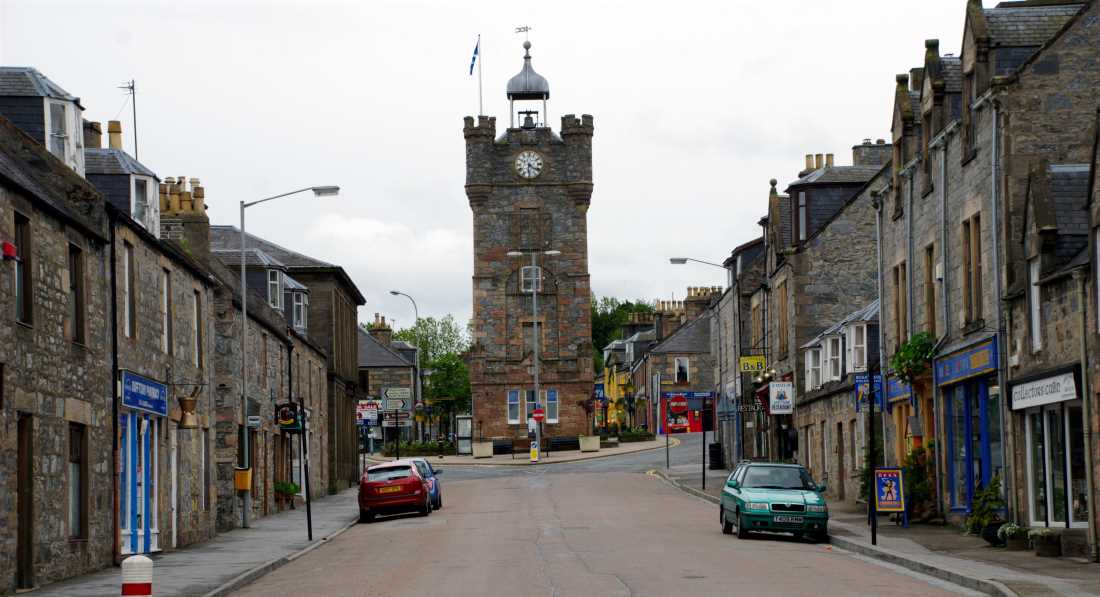 MORAY COUNCILLORS WILL this week be asked to clear the way for a landmark Speyside clock tower to be open to offers from the community.

However, anyone wishing to take on the Dufftown clock tower will face repairs and upgrades that are being estimated at around £50,000.

Members of the policy and resources committee will meet on Tuesday for the first time since the local authority elections last month – and high on their agenda will be the future of the Dufftown structure, which has been out of use for some considerable time.

A report to the committee highlights interest from the community generated from a meeting of the Dufftown and District Community Association – that showed an interest in a Community Asset Transfer (CAT) for the 1839 ‘B’ Listed structure which had a single-story extension added in 1925.

Tuesday’s meeting will be told that unless ‘substantive proposals’ on the future of the clock tower are made it could be sold on the open market or mothballed completely. However, they admit that an application to court would be required for any sale to take place – and while there is community interest that would be unlikely to succeed.

Chairman of the Dufftown Community Council, Jim Nicol, said that the community was more concerned about getting the clock working again, saying: “There is real concern for the clock especially at the height of the summer season. It is embarrassing to look up and see the hands stopped at just after 3 and not lit up at night.”

The report before Councillors concludes: “Dufftown clock tower does not form part of the Council’s operational asset base and is not required for the delivery of current services. Consequently, it is not a priority for investment by the Council under its agreed ‘make do and mend’ arrangements.

“Considerable support for a transfer of the building to the community was demonstrated at a public meeting held on 8 May 2017. This option is the most likely to provide the level of community support required for a successful application to the courts for consent to transfer or dispose of the building.

“Given the significant level of community support for some form of community asset transfer, it is considered unlikely that an application to the courts for consent to dispose of Dufftown Clock Tower on the open market would be successful at this time.”