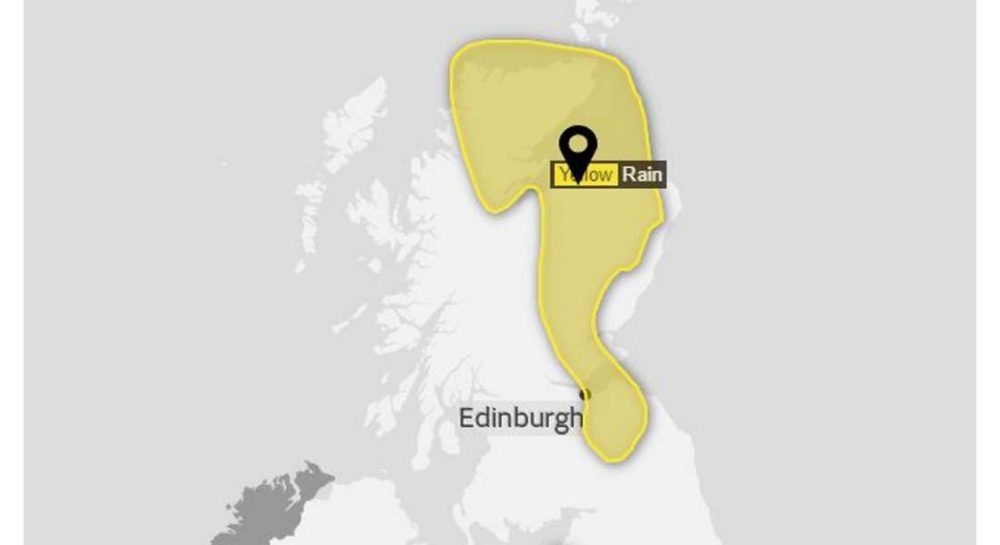 MORAY RESIDENTS AND MOTORISTS being warned of possible flooding over the next 24 hours with the Met Office issuing a yellow alert covering the entire region.

Persistent rainfall affecting Moray is expected to continue until tomorrow afternoon – and that, says forecasters, can produce localised flooding.

The Met Office says: “Persistent and occasionally heavy rain over parts of Scotland will continue into Wednesday. Localised flooding is likely along with disruption to some transport routes and difficult driving conditions. “There is also a low likelihood of greater impacts across the northern half of the warning area where some flooding of homes and businesses is possible.”

The assessment from the Chief Forecaster said that the rain will be heavy at times in particular over north-facing high ground where it is likely to be persistent.

He adds: “This has the potential to widely generate 25 to 50mm rain in 24 hours over northern and north eastern Scotland, and 50 to 75 mm rain over some areas of high ground here where locally close to 100mm may fall.”